Fliers bearing an anti-communist message were found in Seattle and are being investigated as a possible bias crime by Seattle police. Why? Because they bear the name of an organization labeled by a left-wing group as a hate organization (a label that might be true, but has no bearing on whether the organization’s speech is protected by the First Amendment).

This is an attack on free speech — an attack reported on, with an approving tone, by the Seattle Post-Intelligencer, because the fliers are suspected of being the work of a white nationalist group. The Post-Intelligencer is a left-leaning online news source that was once one of Seattle’s two daily newspapers, and, sadly, its mindset is shared by Washington State’s left-leaning political establishment.

The fliers read “better dead than red.” It goes without saying that anti-communist speech is protected by the First Amendment. Communism is a totalitarian ideology, and anyone — no matter how unsavory his own beliefs — is entitled to criticize it. In Boos v. Barry (1988), the Supreme Court ruled in favor of protesters who wanted to “carry signs critical of the Governments of the Soviet Union and Nicaragua” in close proximity to the embassies of these Marxist-run countries.

Similarly, white nationalist speech is protected by the First Amendment. The Supreme Court ruled in favor of a white nationalist group in a free-speech case called Forsyth County v. Nationalist Movement (1992). It ruled that the group’s speech could not be discriminated against by government officials because it triggered a hostile public reaction, and that “listeners’ reaction to speech is not a content-neutral basis for regulation.” The Supreme Court struck down a municipal ban on hate speech that same year in R.A.V. v. St. Paul (1992).

People who leave fliers can sometimes be found guilty of littering if they leave them in the wrong place. But they cannot be punished for “hate crimes” based on the content of their leaflets, such as whether those leaflets are racist. This is because even unprotected speech cannot be punished based on its viewpoint, as the Supreme Court made clear in R.A.V. v. St. Paul, where the justices ruled that even unprotected “fighting words” cannot be selectively outlawed based on their racist message. Nor can speech be suppressed based on the identity of the speaker, as court rulings like Giebel v. Sylvester make clear.

Even putting aside the First Amendment, racist leaflets generally cannot be prosecuted as hate crimes, because there is no underlying “crime” in being racist or inflammatory. For example, the Vermont Supreme Court overturned the prosecution of a man for leaving Ku Klux Klan fliers at the homes of two minority women, in Vermont v. Shenk (2018), ruling that the fliers did not constitute a crime such as disorderly conduct. Since such fliers are not crimes to begin with, they cannot be prosecuted as hate crimes.

Despite the First Amendment problems with police investigating these fliers as a bias crime, the Post-Intelligencer does not even mention the obvious free speech issue. Instead, it reports on the fliers being classified as potential “bias crimes” as if that were uncontroversial and obviously appropriate. In the article, “White nationalist fliers found in West Seattle, Tacoma, other Puget Sound cities,” The Post-Intelligencer’s Lynsi Burton wrote:

Reports of white nationalist propaganda left in Puget Sound neighborhoods have come from Seattle, Tacoma, Bellevue, Edmonds and Redmond, according to the Anti-Defamation League Pacific Northwest and police agencies.

Residents in West Seattle, Tacoma and beyond discovered fliers citing a white nationalist hate group in their neighborhoods Sunday, prompting police to investigate who is responsible for the littering.

Seattle police say nearly 50 fliers, slipped inside plastic bags and weighed down with rocks, were left on plantings strips near the Alaska Junction area of West Seattle and in other nearby neighborhoods.

They include a URL citing the website for Patriot Front, a white nationalist organization labeled a hate group by the Southern Poverty Law Center.

Tacoma police confirmed the same fliers turned up – about 30 to 50 of them – in the 5800 block of McGhee Street Sunday morning. Two neighbors collected them and reported the incident to the Tacoma Police Department, Sgt. Loretta Cool confirmed Monday.

The Anti-Defamation League Pacific Northwest tweeted Monday that the fliers were also left in Redmond, Edmonds and Bellevue.

Seattle police have not linked the fliers to any specific people, but ask anyone with information to call the bias crimes unit at 206-684-5550.

Being “labeled a hate group by the Southern Poverty Law Center” does not deprive a group of its free-speech rights. The SPLC has labeled many groups that exist to engage in constitutionally-protected speech and petitioning as hate groups. For example, it labeled the Alliance Defending Freedom as a hate group, even though the ADF is a mainstream conservative group that has won landmark court rulings in favor of free speech and religious freedom from the Supreme Court and other federal courts. Indeed, the ADF has been described as “the most influential Christian legal interest group in the country.”

The SPLC is a left-wing group that has made many questionable claims. For example, it has labeled constitutionally protected speech, such as advocacy of building a wall with Mexico, as “hate crimes.” Advocacy of curbing immigration from Latin America is constitutionally-protected speech, not punishable racial harassment, as the Ninth Circuit Court of Appeals ruled in Rodriguez v. Maricopa Community College District (2010). The Washington Post’s Marc Thiessen says that the SPLC has spent “years” “smearing good people with false charges of bigotry.”

Increasingly, Democratic Politicians are claiming that “hate speech is not protected as free speech.” But that claim is false: In 2017, the Supreme Court stated that “hateful” speech that “demeans on the basis of race” is still protected by the First Amendment, in its decision in Matal v. Tam. New York’s governor, who believes that hate speech is not protected, ordered state police to investigate a student for hanging posters with Nazi symbolism on campus, even though the posters did not contain threats or advocacy of genocide, but were based on Mel Brooks’ satirical film The Producers. As law professor Eugene Volokh has explained, the prosecution of this student for hate speech is “unconstitutional.” Additional problems with the prosecution were discussed at this very blog. 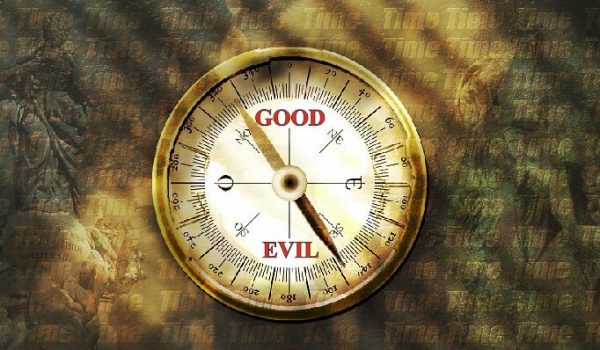 Pelosi claims wall is ‘immoral’? Here are three morality questions she won’t answer
Next Post
Why Chris Wallace is as wrong as the Trump administration about threat ‘border-crossings’ 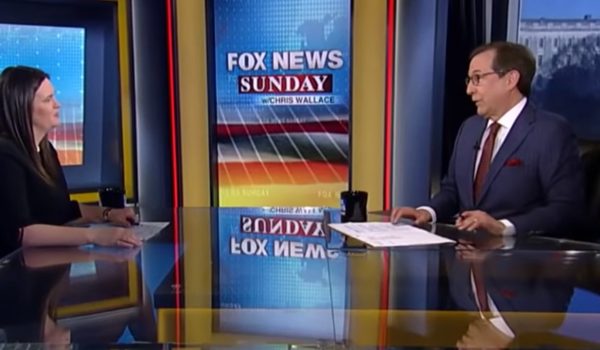