No, Alexandria Ocasio-Cortez didn’t suddenly grow a brain, though City University of New York Economics Professor Paul Krugman would like to pretend otherwise. Krugman is but one of several “geniuses” who have applauded Ocasio-Cortez’s plan to tax the “tippy top” — her word for personal income above $10 million — at a marginal rate of 70%. CBS’s “60 Minutes” will devote a two-hour segment tonight entirely to Ocasio-Cortez and her proposal.

Krugman directs his Twitter followers to a Washington Post article that he maintains has “a good discussion of AOC’s call for a top tax rate of 70-80%.” With the help of a number of tax experts, Wonkblog’s Jeff Stein dissects the plan, which would apply to approximately 16,000 Americans who earned more than $10 million apiece. Of this ultra-elite group of earners, Stein writes:

Collectively, their total taxable income amounted to $405 billion in 2016, and they paid about $121 billion in federal income taxes. …

As she noted to “60 Minutes,” Ocasio-Cortez’s idea for a 70 percent tax rate on those earning more than $10 million would only kick in beyond the first $10 million in income. So, this new tax rate would do nothing to add to the amount of federal revenue on the first $160 billion (16,000 people multiplied by $10 million) in taxes this group paid.

But that leaves about $244 billion in taxable income for those earning more than $10 million a year. If this entire pool was taxed at 70 percent instead of the 39.6 percent they paid in 2016, the federal government would bring in an additional $72 billion annually — or close to $720 billion over 10 years, according to Mazur.

But then the caveats start kicking in:

The real number is probably smaller than that, because wealthy Americans would probably find ways around paying this much-higher tax.

“You’d certainly see some people under that system change their behavior to avoid the higher rate, which could significantly impact how much revenue it generates,” Mazur said, adding that the effect would be hard to estimate. (The exercise also assumes capital gains would be taxed at this much higher rate.)

Finally, there is the unhappy bottom line:

This $720 billion in a decade is not nearly enough to fund Medicare for all, which has been estimated to increase government outlays by about $30 trillion over a decade (while also zeroing out premiums and deductibles paid by Americans).

Actually, according to the Mercatus Center, the cost of Medicare for All is closer to $32.6 trillion, but who’s counting?

There’s much more to the article, including other revenue sources the IRS could tap (think taxes on capital gains, which is the chief source of from which the ultra-rich derive their wealth) and paeans to economies like Sweden’s, which taxes citizens earning around $98,000 at 70%. But in the end, there aren’t enough members of the House so far left that they’re willing to gamble their careers on a pie-in-the-sky socialized medicine program, let alone  to doubling the taxes on the super-wealthy.

But, hey, there’s no reason for Democrats to feel discouraged. If they want to milk the richest of the rich, why not do it by simply asking rather than taking. According to Forbes, there are 540 billionaires in the United States, with a combined net worth of $2.399 trillion. Many of them, like Warren Buffett — who told CNBC that America’s “prosperity [has] been disproportionately rewarding to the people on top” — are liberal. Why not begin by asking them to donate 70% of their annual income above $10 million to the federal government?

It’s a win-win all around. 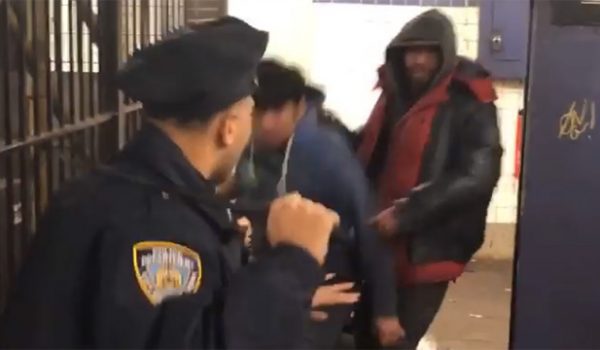 NYC officials ignored ICE detainers on illegal alien who attacked NYPD officer
Next Post
Hillary Clinton said Left would ‘be civil again when they won House’: So what happened?