Hardly anyone seems confident in what to say about the events in Judge Emmet Sullivan’s court on Tuesday.  The editors of the Wall Street Journal used my word to describe them: bizarre.  The outbursts from Judge Sullivan seemed weirdly out of character for someone who has been rigorously professional and developed a strong reputation for integrity.

Some things we know for sure: Sullivan did not mean to say Michael Flynn was guilty of being the agent of a foreign government while he was working in the White House (an allegation for which there is no basis, and which has never been made by Mueller or the Department of Justice).  Sullivan clarified that by apologizing later and asserting flat out that he didn’t mean to say it.

Sullivan asked Flynn several times if Flynn wanted to withdraw his guilty plea.  Flynn said no.  Sullivan said he had concerns about some of the actions of the FBI and the prosecution.  Sullivan postponed sentencing until March, so Flynn will have another 90 days to wait.  Sullivan also noticed, apparently for the first time, that Flynn has not been under standard travel restrictions.  So the judge imposed the standard travel restrictions, and asked Flynn to surrender his passport.

NEW – Judge Sullivan just imposed restrictions on Michael Flynn's travel, ordering him after Jan. 4th to stay w/in 50 miles of DC unless he gets permission. He also has to hand over his passport. pic.twitter.com/jIwRkPP5XL

There is a good Twitter thread down below from a tweep who goes by the handle Techno Fog and does excellent work.  It’s a sort of annotated series of clips from the court transcript of Tuesday’s proceedings.  I’m not going to regurgitate the whole thing, and recommend it for getting up to speed.

For what it’s worth, I believe Flynn hasn’t withdrawn his plea because if he were to do so, Mueller would come after him on a charge of failing to register as a lobbyist for Turkey under FARA.  Beyond the paperwork charge, an associate of Flynn in his Flynn Intel Group has been charged with hiding the Group’s work for the government of Turkey by claiming the client was a business run by a third man, Turkish national Kamil Ekim Alptekin.  (The Flynn associate is Bijan Kian.)

There is nothing illegal about lobbying for Turkey, nor is anything a slam-dunk here except the paperwork charge on the FARA filing.  The Flynn Intel Group in fact named its client as the Alptekin business; it would be up to the prosecution to prove that that was somehow a lie.  Bijan Kian has pleaded not guilty.  (Alptekin is in Turkey, and isn’t likely to come to the U.S. to defend the case.)

It’s possible that Flynn could be indicted on the conspiracy charge (the “hiding the real client” charge) as well as the FARA paperwork charge.  Many people think that he has basically chosen the lesser of two evils by taking a plea on the false information charge and being spared something worse with the Turkey charges.  As long as he sticks with the false information plea, Mueller won’t come after him on the Turkey-lobbying charges.

That seems to be what Judge Sullivan perceives about this whole thing.  Conservative Treehouse has a good treatment along those lines, detecting from Sullivan’s line of questioning on Tuesday that he – the judge – saw clearly the comparative options before Flynn.  If you get past the media’s misleading depiction of what happened, which the Techno Fog thread will help with, you’ll see that Sullivan wasn’t berating Flynn as a justification for punitive sentencing.  He appeared to be mulling the gravity of what Flynn might face if his false information plea went south.

Is Sundance at Conservative Treehouse right that Sullivan seemed to be articulating the decision matrix by which Flynn chose to take the false information plea – in fact with a sort of sympathetic vibe?  I don’t know.  Both Catherine Herridge and Sara Carter said they thought Sullivan seemed to be hoping Flynn would withdraw his plea.  A sympathy vibe for Flynn would not be out of the question.

It was a strange day.  So strange that it really made me wonder what’s going on here that we can’t see.

Just a couple of points.  One, on the travel restrictions, I wouldn’t be too quick to assume Sullivan intends to be punitive with Flynn, or to try to force Flynn to holler “Uncle.”  It’s a pain in the neck for Flynn, but it does something important beyond its impact on Flynn’s logistic arrangements.  It serves formal notice that if Flynn goes beyond 50 miles from Washington, D.C., the court will know when he does it, and where he is.  There may be third parties who will refrain from ill-advised behavior if they know that.

The second and final point is this: it’s not the least of the bizarre aspects here that “lobbying for Turkey” has suddenly emerged from left field as some sort of big deal.  Perhaps it’s simply the only other thing Mueller can hold over Flynn – in which case, that tells us how extraordinarily important Flynn is to whatever Mueller’s overall strategy is.

Yet that is an unsatisfying conclusion, since what Mueller seems to be getting out of it all is a false information plea that doesn’t go anywhere.  Even if that fell apart, and Flynn were prosecuted on the Turkey charges, he’d just – potentially – end up doing some time, and there’s nothing for Mueller in that, either.  It certainly doesn’t get us to “Russia collusion” or “Trump.”

It’s as if there is an incipient “Turkey Turkey Turkey!’ theme that makes even less sense than “Russia Russia Russia!”  The only real hook for it seems to be its connection to Flynn.  In its own right, the “Turkey” hook has nothing to it.  Erdogan is a bad actor, to be sure, but there are others as bad or worse, and lobbying for them – Russia, China, Iran, anyone else we tolerate lobbying for – isn’t coming in for sudden surges of hysteria.  The media seem to have decreed an irrational two-minute hate for Turkey, specifically as a lobbying client, but if we take a deep breath and get a grip, we see that it’s a nothingburger in the context of anything Michael Flynn may have been connected with.

We have the transcript from the Flynn hearing.

As reported elsewhere, the Judge was "concerned" about issues raised in Flynn's memo.

Judge asked questions to Flynn to ensure his guilty plea was made "knowingly, voluntarily, intelligently…" pic.twitter.com/RE3Nn8Rl9w

Inconvenient: Al Gore’s ‘green’ poster town seeks to renegotiate power contracts as it loses millions
Next Post
Bob Corker: Centrist Democrat may be better for the country than Trump 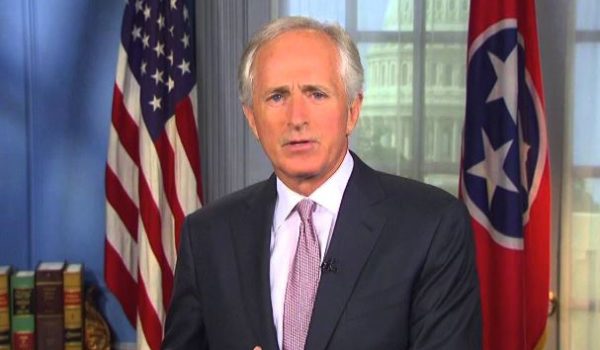