Timing is everything. Or, in the case of Representative-elect Alexandria Ocasio-Cortez, nothing.

The freshman congresswoman from New York was late to react to the story of the 7-year-old Guatemalan child who died after being taken into Border Patrol custody and airlifted to a hospital. Although the cause of death — dehydration — was clearly a result of the child’s having received no food or water for several days, the Left chose to blame not her father but the border patrol. Among the accusers was the ACLU, which blamed “lack of accountability, and a culture of cruelty within CBP [Customs and Border Patrol]” for the girl’s death.

On Saturday the girls’ father confirmed the CBP’s initial report that they had done everything in their power to save the child, telling CNN he had “no complaints about how Border Patrol agents treated him and his daughter.” But that didn’t prevent Erika Andiola, a Twitter-verified “proud undocumented & unafraid Mexican-American” and “intersectional feminist” from tweeting out this bit of fiction: 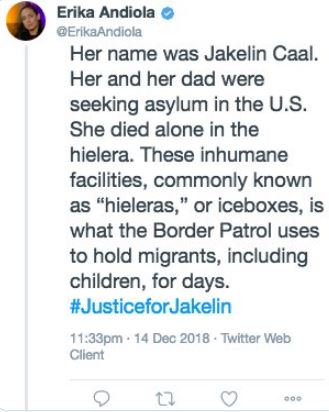 As Twitchy notes, via the Washington Post, the child was initially revived at Providence Children’s Hospital in El Paso, where she was taken by helicopter after suffering cardiac arrest. There, she died from complications less than 24 hours later.

But Ocasio-Cortez doesn’t have time for trifles like bothering to learn the truth. Instead of seeking out the facts, she elected to retweet Andiola’s far more heart-wrenching — and blameworthy — account for how the child died. Soon after, the tweets calling her out on for her lie started pouring in, and after learning her mistake, she deleted her own tweet without comment.

Didn’t you try and capitalize on that little girl’s death without even bothering to gather/wait for the facts? Where’s the retweet you deleted about her dying in a hielera? pic.twitter.com/Jlag3GKnc6

As a congressional member shouldn’t you have taken minimum effort to seek truth. The poor girl had a seizure in few hrs of custody then had full Med care in our hospitals. She wasn’t in a hielera than or ever.

She did not die alone in a hielera… she was airlifted to a hospital within 8 hours, not days.
This is tragic and heartbreaking but border patrol is not the cause.
ACTUALLY READ THE ARTICLE.https://t.co/0LFPui7U7K

Also, at the first area she was held at, the migrants had access to food and water. She was already beyond the point of help. Her father made choices at every point along the way that caused this.

This is an abject lie about the events, and for @Ocasio2018 to retweet this in ignorance of the facts should be held up as a warning about those politicizing these stories.
If you have to lie you do not have authority on the issue. https://t.co/VjtNMYto5d 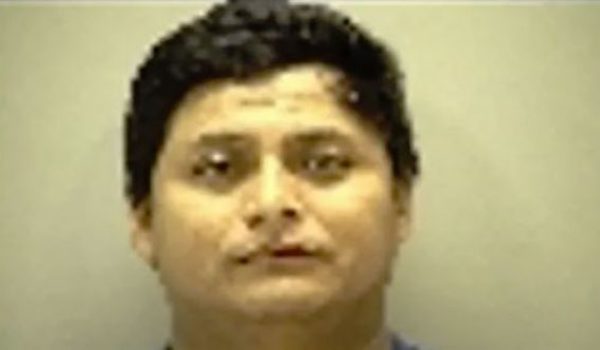