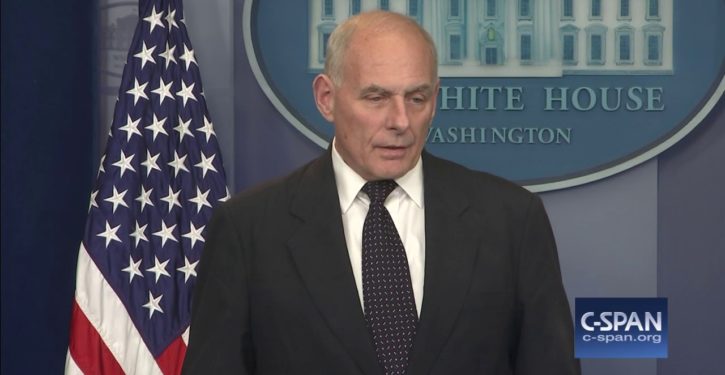 When Gen. John Kelly became White House chief of staff on July 31, 2017, the only variable was when, not if, the following would be written: “White House officials are hoping that Kelly will be able to resign instead of being fired by tweet. First Lady Melania Trump has been urging the president not to fire a four-star general but instead allow him to leave on his own terms.”

Ironically, that paragraph, which appeared at Politico on Dec. 7., neatly summarizes why Kelly was destined to fail: Trump’s brand is chaos.

As a lifelong Marine, Kelly knows chaos as an enemy that grows rapidly to fill any space vacated by order and discipline. Chaos must always be defeated before the real mission begins.

While serving the president for 17 months, Kelly fought the battle against chaos and lost because he was fighting Donald Trump’s personality — an unbeatable foe and the root of all White House chaos.

Even if Trump’s presidency ends successfully, there will be volumes written about his unique and unorthodox personality. Trump’s style prompted Kelly to say, “This is the worst job I’ve ever had,” as Bob Woodward reported in his book “Fear.”

It was all so predictable. Back on Aug. 7, 2017, a week after Kelly assumed the top White House job, I wrote a piece headlined, “Gen. John Kelly’s toughest battle yet: Against Trump’s personality.”

My piece recycled quotes from a comprehensive February 2016 interview that I had done with Roger Stone, who offered insight into Donald Trump’s psyche after knowing and working with him for over 40 years.

Stone’s quotes, already 18 months old when I reused them in August 2017, were still fresh when applied to the personality of the man, now president, to whom Kelly would report. Among the many unabashedly truthful statements Stone made about his friend, this one spoke volumes: “Trump is his own strategist, his own speechwriter, his own logistician, his own press secretary.”

I also surmised that this quote from Stone would present tremendous challenges for Gen. Kelly in his new job: “Trump is totally situational. He lives in the moment; he is not programmed and has amazingly great gut instincts. He knows when to go on the attack and when to back off. Sometimes he will engage, and other times he will rise above the fray.”

Based on those and more of Stone’s statements from my original February 2016 interview, I concluded in August 2017 that “Gen. Kelly may be taking on the most difficult mission of his career.”

Fast forward to today, when I asked Roger Stone if he had anything to say about Gen. Kelly’s departure. Stone — currently under siege by special prosecutor Robert Mueller for allegedly having prior knowledge of WikiLeaks’s email dumps during Trump’s 2016 presidential campaign — texted me his thoughts:

The people who go to work for Donald Trump don’t understand that unlike conventional politicians, Trump cannot be ‘handled’ or managed. He is very much his own man, a force of nature and extraordinarily stubborn in imposing his will which is of course his right considering the authority American voters vested in him in the last election. Interestingly history shows that those working for Abraham Lincoln and Theodore Roosevelt also decried their bosses’ willingness to be ‘managed.’

The American people knew what they were getting in Trump, a brash, supremely confident entrepreneur with no shortage of ego and a ‘big picture’ view of things. It is not incidental that those aides who have run afoul of the Chief Executive are those who thought it was their job to derail the President’s populist agenda to ‘protect him from himself’— while those like Larry Kudlow and Mike Pompeo, who embrace Trump’s agenda, have reportedly developed an excellent relationship with him.

No one puts words in Trump’s mouth or ideas in his head. He is the architect of his own improbable victory in 2016 and an economy which has come roaring back despite predictions that this was impossible.

Finally, here is my advice for anyone under consideration for White House chief of staff: Carefully read and understand Stone’s words before taking the position.

You will be agreeing to a management job in a White House under siege for a boss that refuses to be managed. Yet he managed to diminish the career of a combat-hardened four-star Marine general.

Are you man enough for this job? If so, good luck.

Cross-posted at the Washington Examiner. 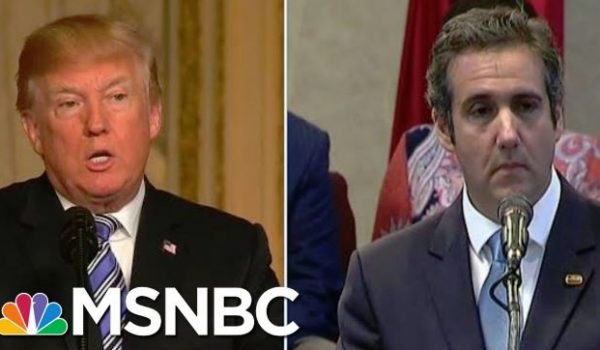