Fresh off his outrageous claim that the Trump family is worse than Al Capone’s criminal empire, far-left Rep. Steve Cohen (D-Tenn.) was back for another dopey soundbite. This time the setting was yesterday’s hearing on transparency and accountability at Google on Capitol Hill, and Cohen’s remarks were addressed at Google CEO Sundar Pichai, whom he accused of media bias — against the Left.

Like most of the Congress members who spoke, Cohen was out of his depth, fumbling for the right terms, but ultimately managed to cobble together his complaint. Here’s the exchange, courtesy of Breitbart.

STEVE COHEN: If you’re on MSNBC, wouldn’t that be in your news?

SUNDAR PICHAI: Is MSNBC a news provider? Is that your question?

COHEN: Yeah. So if you punch, like I put my name in here — Rep. Steve Cohen — I punch ‘news,’ this weekend, I was on MSNBC four times, and yet the first thing that comes up is the Daily Caller, not exactly a liberal and, I guess, well-known group; then Roll Call, then Breitbart News, then the Memphis Business Journal, then Breitbart News, then Breitbart. So it looks like you are overly using conservative news organizations on your news, and I’d like you to look into overuse of conservative news organizations to put on liberal people’s news on Google, and if you’d let me know about that, I’d appreciate it.

PICHAI: We do get consents across both sides of the aisle. I can assure you we do this in  a neutral way. And we do this based on he specific keyword. We are able to assess the most relevant information.

COHEN: I’m sure you try to, but it’s hard for me to fathom. [I was] on MSNBC for like eight minutes, each show, four times, and there’s more content on Breitbart News than on MSNBC. That may say something about, well I’m not going to say that. Scary. Thank you, sir.

Another reason that a search for Rep. Steve Cohen yields far more hits from conservative sites than liberal ones is the over-the-top nature of his public comments. Wishing a Republican colleague dead (which Cohen did in August) is far more likely to receive coverage from Breitbart and the Daily Caller than the New York Times. Ditto for his claim in July that FBI agent Peter Strzok deserved a Purple Heart.

As for Cohen’s implication that Google is not biased toward right-wing media, which his colleague, Rep. Jerrold Nadler (D-N.Y.), called a “right-wing conspiracy theory,” a study in July quantified Google’s search bias against conservative news sites. And just yesterday, the Daily Caller reported that leaked Google emails confirmed that the company had sought to block Breitbart from advertising. 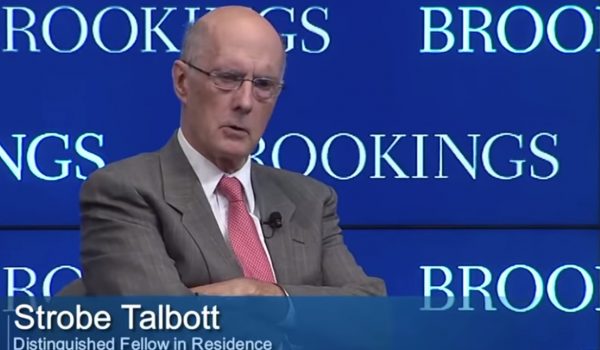 Court docs: Steele also passed dossier info to Clinton crony Strobe Talbott
Next Post
If the Left is going to defend Ocasio-Cortez from attacks, they better put the coffee on