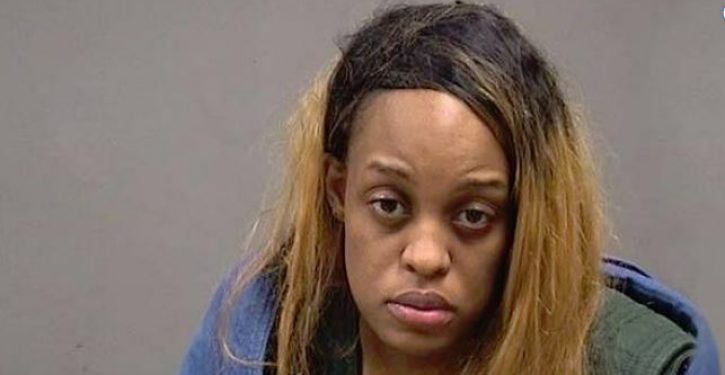 Regular readers of LU know that every now and then the site anoints a parent who should have been sterilized with the “dishonorary” title of “mother of the year.” Among those who have made LU’s Hall of Shame are Michelle Calderon, who in 2013 was spied stealing candy from a Manhattan store, from which she then fled — leaving her 1-year-old behind in his stroller.

Another oldie but goodie is Tatyana Allen of Orlando, who became impatient with her boyfriend after he refused to take their 6-month-old son to the bathroom to change him. Allen vented her frustration by picking the child up and swinging him like a baseball bat, repeatedly striking her beau.

We now offer for your edification the antics of 32-year-old Erin Johnson of Youngstown, Pa., who discovered a new use for her infant. Needing something to throw during an argument with her sister and not wanting to break a lamp or other fragile object, Johnson instead picked up the child and threw him. Luckily he landed on the couch. Twice. (Yes, after using her child the way some people might use a pillow, she repeated the act.)

According to CBS affiliate WKBN, the child’s grandmother, who was also present, summoned the police, who reported that “Johnson rambled about how she is blamed for everything. They say she told them she suffers from postpartum and needs to, ‘see someone.'”

The infant was taken to a hospital by ambulance.

Johnson was charged with child endangerment but failed to show up for her initial court appearance on Monday. Now there is now a warrant out for her arrest. 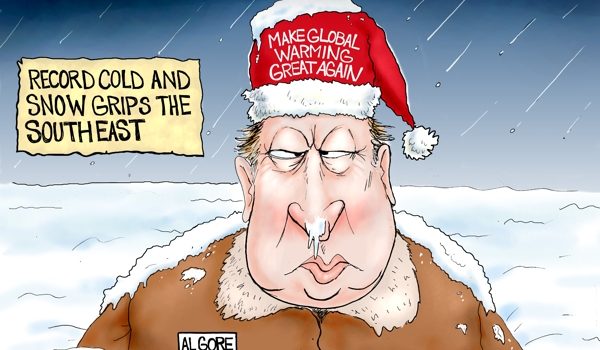 Cartoon of the Day: Frozen
Next Post
If we’re going to paint any race with a broad brush, let’s paint all of them