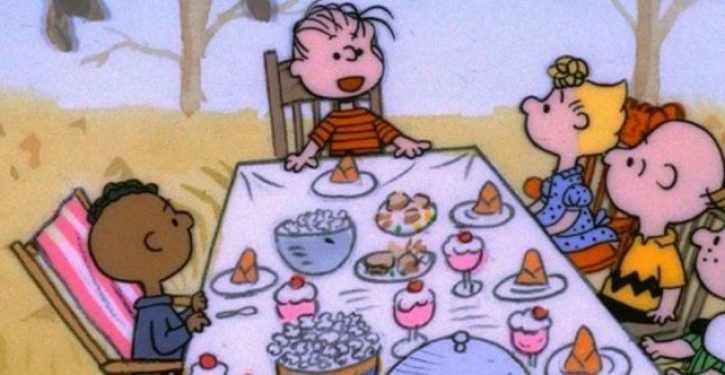 When last we played a round of “Find the Racism,” the target was a beer ad that featured the tag line “Sometimes lighter is better.” And who could forget the “Black Liberation” group that vowed last year to shut down Black Friday shopping to fight racism? Or the public service announcement that symbolized the racism of the war on drugs by frying up brown, but not white, eggs?

This year’s offender was ABC’s annual “A Charlie Brown Thanksgiving” cartoon, which raised the hackles of some on social media because of the seating arrangement during a dinner scene. No, the problem wasn’t the lack of “boy-girl-boy-girl” or even “boy-trans-girl-trans.” It was where the animators chose to put Franklin, the lone black character: He is segregated from the white characters on his own side of the table. And to make matters worse somehow, he is seated on a lawn chair.

Here are some of the irate responses on Twitter:

Not watching Charlie Brown Thanksgiving anymore, until they sit some people on the same side of the table as Franklin ✊????✊????

How come Franklin, Charlie Brown’s only black friend, sits alone on the other side of the table? And in a lawn chair. #franklin#CharlieBrown #CharlieBrownThanksgiving

Let’s talk about Franklin. Dude gets invited to Charlie Brown’s by Peppermint Patty. Then he finds out that it wasn’t a real invite, a dog is cooking the food and he’s gotta sit by himself at dinner. That’s Get Out. #CharlieBrownThanksgiving

Am I woke now, why is Franklin in Charlie Brown Thanksgiving sitting all by himself at the table. Man. Things that I did not notice as a child.

how come charlie brown daps up franklin but never does that to linus…. cause hes black huh lol

It gets worse. As The Hill notes:

Black journalist Jeremy Helligar wrote in a Friday commentary reacting to the controversy that Franklin’s placement in other “Peanuts” specials appeared more inclusive.

“A relevant aside: During the farewell dinner about one hour and five minutes into 1972’s ‘Snoopy Come Home,’ Franklin was seated on the same side of the table as Charlie Brown, Lucy, and Frieda  —  in a regular chair,” Helligar said on Medium.

The controversy? Are they kidding?

As far as I could divine, only one person reacted to this idiocy with the derision it deserves, which raises the frightening possibility that these hopelessly silly mountains from molehills are going to get larger and more mainstream as time goes on.

Can’t we give it a rest! Do whining liberals have to find fault with everything?

How about this: Why is Franklin the only one with silverware? Do White people eat like dogs? How come Linus and Sally don’t get a Sunday? Too young? How come Charlie Brown… https://t.co/UEuxnYCWxx 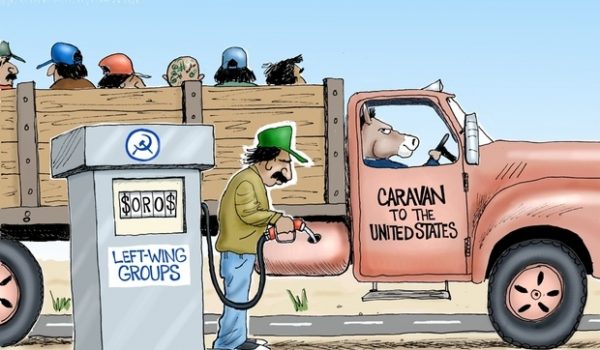 Cartoon of the Day: Free ride
Next Post
Almost 3 in 10 shoppers going into the holiday season carry debt from last year’s festivities 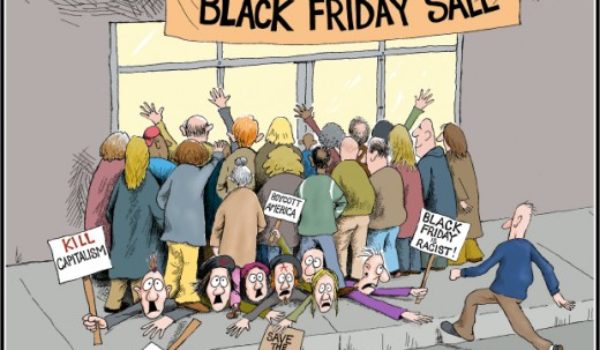