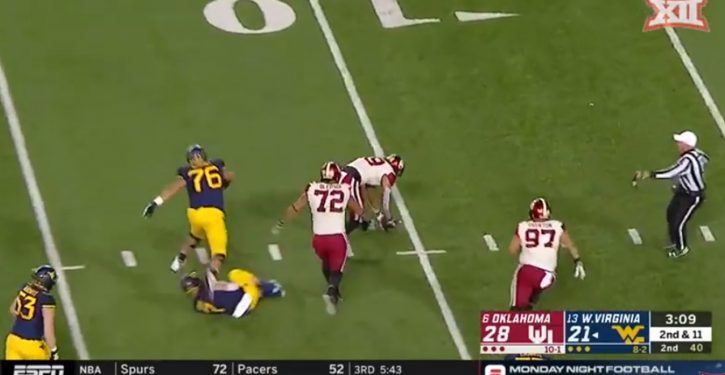 It’s a long story, folks, involving IDs and the U.S. federal government.  That’s our story and we’re sticking to it.  This placeholder will stand in until we can get the full Follies post up early Saturday.

Of course, the urge to comment on action already behind us is strong.  This is Storied Rivalries Week, and there is no try; there’s only do.  Not that the strongest urges at the moment will be to comment about Storied Rivalries.  We’re really talking about Oklahoma at West Virginia, pride of the Big 12, and Texas at Kansas (motto: “What difference, at this point, does it make?”), which have now set up the Big 12 championship game.  Oklahoma by scoring 59 points, 14 of them with the “defense” that allowed WVU to score 56 points.  Texas, by contrast, prevailed in impossibly boring fashion, by holding Kansas to 17 and letting Kansas hold them to 24.

Oklahoma seems to have an auxiliary offense that takes the field when the primary offense needs a brief rest.  We note with some pride that the Sooner defense this week has so far outscored Arkansas, Central Michigan, Ole Miss, and South Florida.

Virginia Tech, we are gratified to report, beat the Yahoos in overtime in their Storied Rivalry, 34-31.  We were worried about that one.

And Toledo swatted Central Michigan around like a fly to walk away with a 51-13 victory.

There’s much more to come.  If you want to watch the OU-WVU game again, it’s on ESPNU.

…and now, the rest of the story.

At this point, we’re just going to do a wrap-up on what has been a jumping, hopping weekend.  It’s a mad, mad, mad, mad world out there.

Note: We wave a fond farewell to ¡MAC Olé! this week, highlighting again the noble triumph of Toledo over Central Michigan, and by no means despising the victories of Western Michigan and Miami (OH).  It looks from here like Buffalo and Northern Illinois will meet for the MAC title.  Well done all.

Then there’s the rest of our Inner Circle.

OK, I can’t stand it; it’s imperative to mention LSU at A&M first, since they’re determined to play this to a tie and keep everybody up until Christmas doing it.  Who would have guessed?  Even USC pulling to within a touchdown of Notre Dame with more than 2 minutes left on the clock couldn’t drag me back to that low-class dance hall downstairs.  The Arsh are welcome to that unspeakable Jeweled Shillelagh.  What a monstrosity.

Gotta stick with LSU at this point.

Tulsa finally posted another win, over SMU, and we’re darn proud of them.

Oklahoma, of course, deployed the primary and aux offenses to knock off West Virginia and head for the Big 12 title game.

In a twist you could see coming a mile away, Oklahoma State dropped its final game to our own TCU down in The Fort, 31-24.  Congrats to the Frogs.  Better luck next time to the Pokes.  On to the Booger bowls.

Navy came that close with Tulane, losing in a comeback heartbreaker 29-28.  Army, as usual, is taking the weekend off, because they’re fat and lazy.  Air Force made off with the Ram-Falcon Trophy in its rivalry victory over Colorado State, 27-19.

And still they’re at it, in College Station.  5-freaking-OT.

We mentioned Virginia Tech taking out Virginia on Friday.  EX-cellent!

Nevada is hanging in there with pus-encrusted UNLV, anxious to ensure the Fremont Cannon is decked out as the Lord God intended in Wolf Pack blue.  It’s 28-26 Rebels, but still in the 3Q with all kinds of time left in the game.

It does break our hearts to report that Kansas State lost to Iowa State, 42-38.  The Wildcats were in it every step of the way.  A hard-fought game, and we’re awfully sorry KSU had to finish 5-7 after a hard-fought season.

Wyoming brings us home with a 31-3 victory over New Mexico, and bowl eligibility.  Well done, Cowboys!

In the interest of time (although apparently we’re going to be here until 2020 with the LSU game – now heading for 6OT), we won’t inspect all the great Storied Rivalry outcomes from the weekend.

Just the CFP suspects, for the most part.

Shock, shock, Alabama rolled over Auburn in the Iron Bowl.

South Carolina (motto: The Other USC) showed some spark early on, but succumbed quickly to Clemson.

Notre Dame did prevail over USC, although that’s not such a big feat these days.  Just saying.

All right, we don’t like how this is going in LSU’s current possession.  Come on, dudes.

Everyone knows Ohio State pounded the snot out of Michigan.

Washington knocked off Washington State to take them out of the CFP lineup.

UCF naturally beat South Florida, and will have to be “in the conversation” for the playoff picture.

There’s no one south of #10 who’s realistically in it.  Much as we love Florida and all its doings, as well as all the other great and Storied Rivalries out there, we’ll pause to mention only that Purdue made off with the Old Oaken Bucket, and Arizona State staggered off with the Territorial Cup after a perilous 41-40 win over Arizona, which probably induced heart attacks all across I-10 in the Grand Canyon State.

In FCS, the Southland Conference sent a butt-ton-load of teams to the tournament.  Incarnate Word and Lamar lost their first-round contests to retire honorably.  But Nicholls State beat U. San Diego to advance to the second round.  The Colonels will play #3 Eastern Washington next week.  Well done all.

In Div II, we’re thrilled to report that Slippery Rock slaughtered New Haven 59-20 in round two, and advances to face #1 seed Notre Dame (OH) in round three next week.  Go Rock!

Ah, PHOOEY.  Aggies win in 8OT.  Well, that hurts.  Good on everybody though.  What a game.  This is the kind of game they’ll put in anthologies and kids will watch and read about in years to come with dreams of glory in their heads.

Our Div II MIAA reps, Northwest Missouri State and Fort Hays State, have both bowed out now.  But great job on the season to them.

On to mop-up/conference title week for Div IA (FBS).  Lurking just beyond The Game (Army-Navy), our best-loved Booger Bowls are just below the horizon. 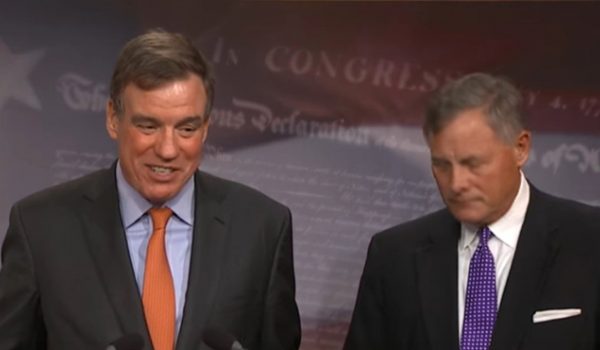 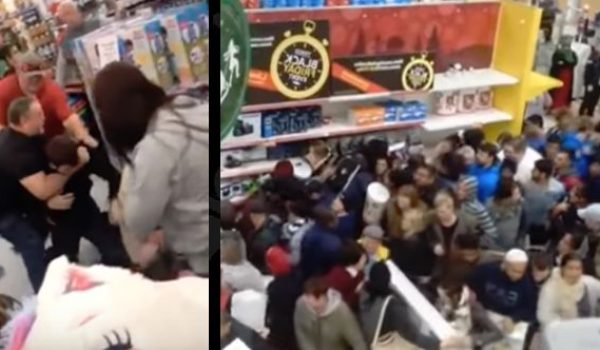