In previous posts, I’ve pointed out that the political organizers of the migrant caravans coming from Central America have a goal of proving that U.S. border security can be overwhelmed and neutralized by a massed influx, like the ones Europe has seen in the last three to four years.  The purpose of this is to establish that national borders are unenforceable and invalid.

The method for proving this point would be built around an onrush en masse at the border, similar to the border swarming seen in Europe.

New reporting late Wednesday indicated that migrants in the lead caravan, now in Tijuana, “have the intention” to form a “human stampede” and rush the border.  (H/t: Townhall)

This accords with the expectations outlined earlier.  For their sponsors, this is the purpose of the politically organized caravans.  The people in the caravans don’t necessarily care about it.  But some of them, as suggested by the new report, will willingly cooperate.

Some members of the migrant caravan, who have spent the past month traveling from Central America through Mexico to reach the U.S. border, are talking about crossing the border en masse as a way to provoke the Trump administration, an aid group has claimed.

“They have that intention,” Sergio Tamai, a founder of Angels without Borders, a group helping the migrants, told Telemundo 20 in San Diego. “I believe that thousands could make that jump.”

There’s been evidence of this already, although the national media have given it no coverage.  On Monday, the mainstream media reported on the closure of vehicle traffic lanes at the San Ysidro Port of Entry south of San Diego.  But what they didn’t report was the reason for it.  The San Diego Union-Tribune carried the reason, however:

[E]arly Monday … border authorities said they received information that a group of migrants was assembling near the vehicle lanes to rush into the U.S. The military quickly responded around 3 a.m. and closed most of the lanes, resulting in major delays for travelers. An insurrection did not occur.

The insurrection did not occur because the military closed off the vehicle traffic lanes, preventing the migrants from rushing into them on foot and using the confusion to get across the border.  At the ports of entry, pedestrian access across the border is controlled by people gates, but if a massed group of young men surges into the vehicle traffic lanes, while the vehicles are there and the lanes aren’t closed by barriers, some of the men are likely to get through.

Limitations on the options for massed rushes

Two key points about this.  One, as discussed in my 20 November post (top link), the migrants can’t do this any old where they want along the border.  They’re limited to where they can do it safely, from Mexico.  There are long stretches of the southern U.S. border where they don’t have the freedom to try to surge through on their own.  Cartel territorial control and gang-run coyote systems for moving people and narcotics across the U.S. border mean that the migrants can’t just show up in these areas and expect a free pass.

The reasons are simple: the gangs who exert iron control in some of these swaths of territory have to rigidly enforce their rules in order to keep the locals and police intimidated and cooperative.  They can’t afford to react passively to an outside group using their territory for its own ends.

Moreover, they don’t want to draw from U.S. surveillance assets all the extra attention they’d get if migrants were allowed to use their territory for massing and mounting border-rushing scrums.

Even if the gangs were to actively assist the migrants, the outcome would be disadvantageous.  The gangs didn’t control the arrival of this wave of would-be border-crossers from the south, as they normally do.  They’d be reacting to something they don’t have control over, which represents an overhead cost and an unnecessary variable.  That’s an inimical factor for their model of operation, and they won’t want to set the precedent of being cooperative about it.  The gangs don’t want major changes in the conditions they operate in.

This is actually somewhat different from the situation at the beginning of Europe’s migration influx.  Although there were contraband routes being exploited in that case (with the arms- and narco-trafficking escorts basically just being paid their fees to escort people), the extraordinary variety of border geography and sources of migration compounded the problem for Europe – along with the Europeans’ mixed national reactions and difficulty acting with unified purpose.  Those factors weigh much less in the U.S. situation.

Deterrence is the key

The second point is that deterrence remains the best U.S. option.  Politico reported Thursday that a high-level White House meeting, reportedly on Monday, decided to give Defense Secretary Jim Mattis the authority to order the border troops to use armed force, if necessary, to defend Border Patrolmen if the migrant situation escalates.

Politico’s report is uncharacteristically free of thematic disparagement of Trump himself, and rings unusually true in recounting the concerns and disagreements among top White House aides.  The issue of what U.S. federal troops can do, in an armed role on U.S. territory, is a difficult one.  There are likely to be disagreements on it.  I would be very surprised if there were not; the policy territory here is something we haven’t had to deal with systematically for a century, since the last time our southern border was menaced by a politically untenable threat coming from Mexico.

Understandably, White House Chief of Staff John Kelly and Homeland Security Secretary Kirstjen Nielsen were said to be uncomfortable with the armed force authority.  Mattis is quoted as saying that no matter what, he won’t order the troops to do anything they’re not allowed to do under the Constitution.

As tense and potentially explosive as this emerging situation sounds, however, we mustn’t miss the important thing about it.  The armed force discussion had to be disclosed publicly, and the authority has to be there, if deterrence is to be credible.  We want the migrants to know armed force has been authorized for the military.  We want them to take that into account in their decisions about whether border rushes are such a hot idea or not.

If the migrants decide not to mount any massed surges, so much the better.  Nobody wants to use force against them.  It’s unconscionable of the political organizers to set them up for that.  The media are welcome – if there are in the end no border rushes – to proclaim that people who warned about them were wrong all along.  They can knock themselves out.  The best outcome is for no pitched confrontations to happen.

Trump doesn’t have to fortify the whole border to mount the most effective deterrent we can manage.  He has to keep track of where the migrants are (surveillance, cooperation with Mexico); strengthen the barriers around key points of entry (military engineers); ensure the Border Patrol has all the support it needs from the military and state law enforcement; make sure the federal conservation land along the border is under good surveillance and the Department of the Interior is alerted and cooperating with CBP; surge the military to areas where migrants may be headed, to strengthen barriers at notice; keep using announcements and rhetoric to emphasize that his intentions aren’t flagging, and won’t; and keep working with Mexico and the Central American governments on alternative end-states to relieve the pressure of the migrant pile-up looming at the U.S. border.

The U.S. media are divided between dog-paddling behind the problem and injecting doubt and confusion about the Trump administration’s response.  Trump himself is working doggedly on deterrence, along with a workable method of handling what good-faith requests for asylum there may be.

For the moment, Trump has the better focus.  Deterrence is what is needed, and he’s working on it. Don’t lose sight of that.  The media won’t help you keep it in focus, but it’s ground truth.  The difference between the U.S. and Europe is that in Europe, outside of two or three countries, deterrence has not even been attempted.  Where it has been attempted – Poland, Hungary – it has been successful.

It’s clear from what the Trump administration has already done that deterrence is the main effort.  That’s a good thing. 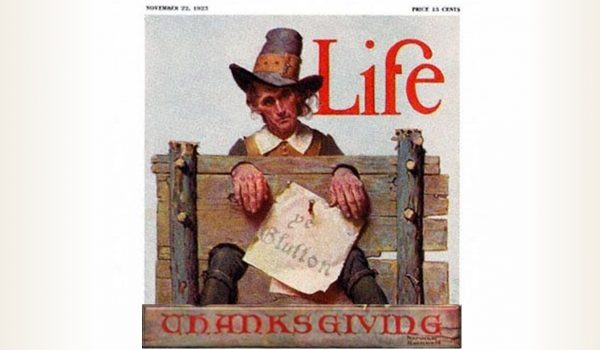 Survey says: Only 15% of Americans looked forward to talking politics on Thanksgiving
Next Post
Fury over rare white lion being auctioned off ‘to be shot by trophy hunters’ 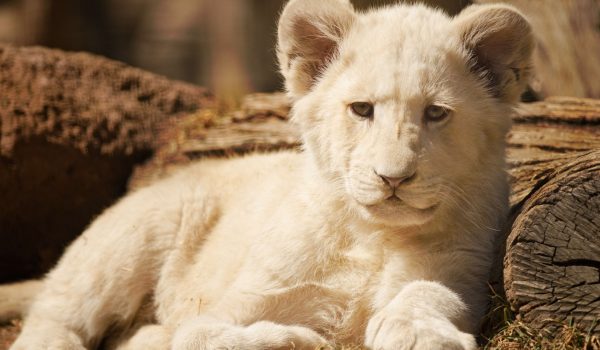