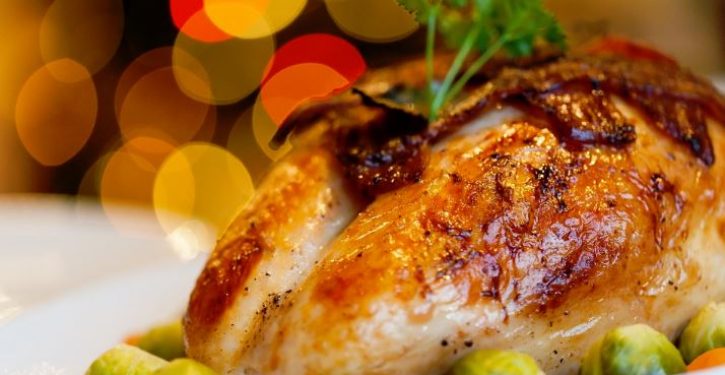 On Thursday, the majority of households in America will give thanks for the bounties of this great land we are lucky enough to call home. Presumably that includes liberals, though as in years past they will doubtless set aside a good portion of the day to be unhappy.

During the Obama years, the demand that Americans be miserable on Thanksgiving came almost as a formal proclamation from the White House, which urged those assembled at the holiday table to squabble not only over who gets a drumstick but health insurance.

Obama, blessedly, is no longer president, but that won’t prevent the Left from having a lousy Thanksgiving. Among the things they can feel unhappy about are:

President Abraham Lincoln declared Thanksgiving an official U.S. holiday in 1863 but … the holiday in reality has bloody roots. It was an official day was proclaimed [sic] in colonial times to give thanks that a militia had returned safely from massacring more than 700 Pequots. … Many of victims were elders, women and children. …

Bernie Sanders: The time is long overdue for Walmart to pay its workers a living wage
Next Post
If everyone in world became vegetarian, annual deaths would fall by 7.3 million