On Monday evening, Republican candidate Martha McSally conceded the race for U.S. Senate to Democrat Kyrsten Sinema, as a protracted ballot count dragged on.  The ballot count is supposed to be concluded Wednesday night.  Sinema is ahead by about 35,000 votes on 12 November, and election watchers are projecting that there is now no path to victory for McSally.

Although the Arizona race hasn’t been plagued by the vote-counting and non-transparency problems of the Florida and Georgia races, the state Republican Party expressed concerns about two contentious issues with the voting in Arizona’s most populous county, Maricopa, where the Phoenix metro is located.

One of those concerns was about Maricopa County’s practice for “curing” mail-in ballots on which the signatures don’t match those of the voter.  The curing process involves contacting the voter to verify that he or she cast the ballot.  Arizona’s other counties have normally stopped curing ballots at the close of polls on election day.

Maricopa County, however, was continuing to cure ballots past election day.  (Coconino County was also planning to allow curing after election day.  The reporting on the history of this is somewhat vague, and it isn’t clear how consistent these county policies have been over time.)  The GOP went to court with an objection to the inconsistency.

The outcome was a settlement on Friday specifying that all Arizona counties would continue ballot-curing until 14 November.

Opinions on the advisability of dragging out every aspect of election management are an issue it would take a whole separate post to address.  In the interest of brevity, we’ll move on to the GOP’s other concern.

The second one involved Maricopa County’s designation of “emergency voting” locations the weekend before 6 November.  According to state law, early voting at polling places is required to stop on the Friday before election day.  Arizona law accommodates providing for “emergency voting,” however, and there is no prescribed method of reconciling that general authorization with the cutoff for early voting.

The Republican Party’s concerns were fourfold: first, that this meant violating the statutory requirement to close early polling; second, that there was no means of verifying what “emergency” a voter had, which left the door wide open to abuse; third, that the locations for “emergency voting” were all in heavily blue areas of the Phoenix metro, closely clustered around I-10; and fourth, that disputed ballots from the “emergency voting” sites had been mixed with undisputed ballots, thus preventing a reliable audit of potential irregularities in the vote.

It doesn’t appear that there has been an authoritative reading on the conflict between the early voting cutoff requirement, and setting up “emergency voting” locations after it has passed.

On the second point, the Recorder of Maricopa County, who administers the voting, has been laughably disingenuous.  In an interview on 11 November with News 12, the NBC affiliate, Recorder Adrian Fontes asserted in his most convincing voice that “emergency voters” must of course have an actual emergency – but that it isn’t his business to know or verify what it is.

Here’s a transcript of his comments:

Fontes: You would have had to have an emergency.

Resnik: Are you sure about that?

Resnik: Uh, Democratic candidates were putting this number and address out on door – this – out on door handles, saying, Just show up.

Fontes: The law says, you’ve gotta have, uh, you can have emergency voting available if a voter has an emergency…

Resnik: But you weren’t checking for emergencies [at the door; wording unclear here].

Fontes: It’s not my business what your emergency is, Brahm.  I’ve got HIPAA laws that prevent me from asking.  You’ve got your privacy that I have to respect; and by the way, what, pray tell, is the problem with giving voters access to the ballot box?  That’s my first question.

Resnik: All right. Gotta end it there, look forward to your ballot drop at 5 today.

Mr. Fontes named off the locations designated for “emergency voting.”  (They are also listed in this Maricopa County posting.) Those locations map out as follows.

On 11 November, AzCentral.com published a map presentation of the precinct-by-precinct vote tallies in Maricopa County, which shows where the concentrations of blue majorities are.

Zooming in on that map, we can plot the “emergency voting” locations and see how they fall out in relation to the heavily blue precincts.

In the precincts clustered around the Recorder’s MCTEC vote processing facility in downtown Phoenix, for example, the 11 November vote tallies showed negative margin factors for McSally ranging from -50.3 to -77.

This is the kind of vote-massaging influence operation that becomes impossible to counter unless it is challenged at the outset – and is probably impossible to correct in any case, because unaccountability and ambiguity are built into it.

Did the vote-administration practices in Maricopa County turn the vote in the county?  We’ll never know the answer to that.  The vote total as of 12 November is Sinema – 659,540; McSally – 611,161.  The difference is just over 48,000 votes.  We won’t have the final tally until Wednesday 14 November.  You can decide for yourself if it seems likely that Sinema’s victory in the county total was due, in whole or in part, to vote-massaging.

But it’s important to note that there’s a reason Maricopa County took a major step toward de-clarifying the vote, opening the door further to abuse and manipulation, and making it harder to certify this time.  The county has a new recorder in Adrian Fontes, and as Breitbart noted, he was a high-profile progressive and Bernie Sanders supporter when he defeated 28-year incumbent Helen Purcell in 2016.

In an election year in which George Soros put over $2 million into county races in Maricopa County (primarily for sheriff and district attorney), Fontes mounted an unprecedentedly high-profile challenge for the recorder office, and was endorsed by Planned Parenthood Advocates of Arizona, whose parent organization, Planned Parenthood for America, counts Soros as one of its biggest donors.

Although there is no direct evidence of Soros contributing to Fontes’s campaign, Fontes was touted by two activist organizations to which Soros made 2016 campaign contributions (through the Maricopa Strong PAC), People United for Justice and Arizona Wins.

Moreover, as reported by the Arizona Republic at AZCentral.com in September of 2016, Fontes raised nearly $50,000 for his campaign (still a very healthy amount for a relatively obscure county office, even in a county that has Phoenix in it), whereas funding had “dried up” for incumbent Helen Purcell, who was only able to come up with a tenth of that amount.

This overall pattern bears the hallmark of the Soros-backed approach to turning as many key local offices blue as possible.  It is implausible to suggest that the county recorder position in Maricopa suddenly became competitive by happenstance in 2016, the year Soros blitzed the county with campaign dollars for other offices.

(In a related regard, the legal defense for a voter registration fraud lawsuit against Brenda Snipes in Broward County, Florida is being funded by the Soros-backed group Demos.  There’s a lot of Soros money running around pushing agendas, one way or another, in local government.)

Fontes entered office in 2017 comparing voter ID requirements to slavery, and vowing to eliminate in-person voting in favor of mandated voting by mail, a process widely understood to be more vulnerable to abuse.

Voters should not be satisfied with Fontes’s flippant attitude about justification for emergency voting, or tactical bias in selecting polling sites for it, or indeed for the entire, nationwide trend of turning the voting process into an open-ended pipeline for voting abuses.  Left-wing activists are succeeding, locale by locale, in killing accountability with a pretense of non-transparent “process.”  Even in Arizona, where the reasons for concern aren’t as blatant as they are in Florida and Georgia, the creep of “process” rot has taken hold.  This will not turn out well. 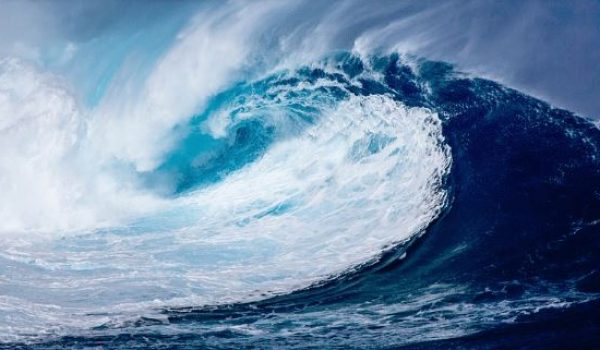