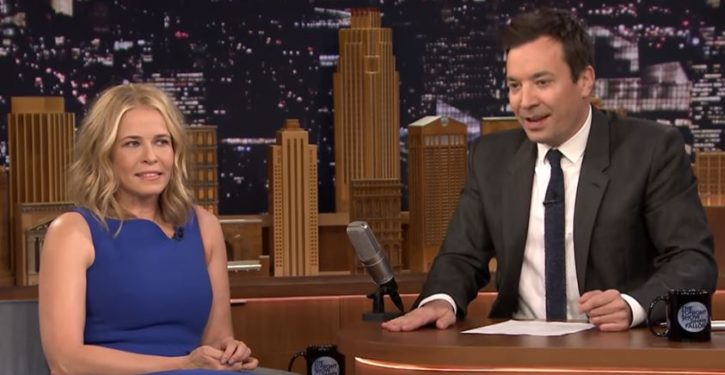 Democrats are big on science. Maybe one of them can isolate a chemical released by the brains of liberals that prompts them to strip naked in the hopes their public nudity will persuade fellow Dems to get out and vote.

On Friday I reported on a photo series titled “Grab Them By The Ballot” that featured women of different sexual orientations, races, and body types baring their breasts — literally — with an eye toward enhancing voter turnout.

Now it’s foul-mouthed “comedian” Chelsea Handler, who has gone topless in the name of democracy. Handler, who recently declared having become “a kinder, nicer person” because of Trump’s election, posted a video of herself on Instagram wearing nothing but a black lace thong and a smile. As the Daily Mail notes somewhat quaintly, Handler keeps “one hand strategically placed to protect her modesty,” meaning covering her boobs.

“The star has never been shy when it comes to voicing her opinion,” the Mail adds.

She recently didn’t hold back during an appearance on The Ellen DeGeneres Show, when she dished about a number of hot-button issues that began with President Donald Trump and the state of American politics.

‘I find it really really unsettling that that’s the president of our country,’ she boldly confessed when asked by Ellen if she had seen his recent 60 Minutes interview.

I’m still not clear on the association between losing one’s close in front of a camera and getting out the vote. Is the message that there will be more if Dems get out and vote their conscience — or less?

In any case, how do stunts like this not foster the much-frowned-on objectification of women?

Joe Biden: We must reset our nation’s moral compass (by cleaning the clock of Republicans)
Next Post
Cartoon of the Day: Crazy times 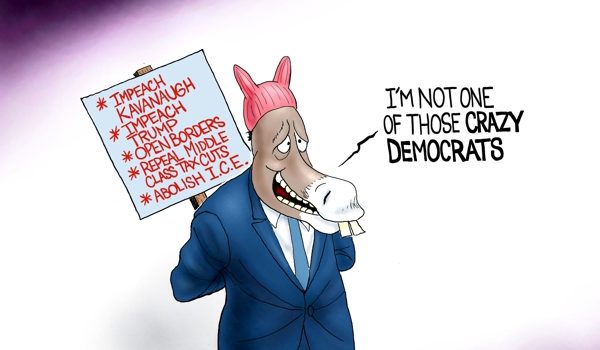