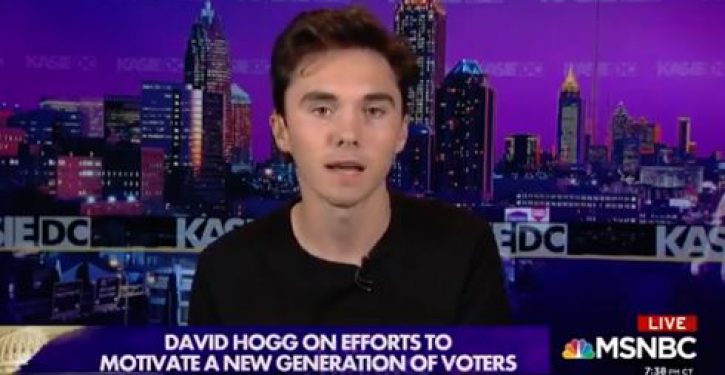 iuIn case you were wondering whether liberal teen icon David Hogg had finally returned to the obscurity someone of his mental acumen richly deserves, wonder no more. He is back like a bad case of herpes, this time making an appearance on MSNBC, which collectively shares his IQ score.

As with other opinions Hogg has delivered up in the past, this one is a mindless regurgitation of sentiments he heard uttered by the liberal talking heads whose shrill frequencies his brain is tuned to.

As usual, he gets the message wrong, urging Americans to “go after the sources of evil and not those perpetrating it, contrary to what the president likes to do.” Even if we accept the theory advanced by The Washington Post’s resident “conservative” Jennifer Rubin just before the 2016 election that Donald “Trump is evil incarnate,” why would Hogg advise us not to go after those perpetrating the evil? Does this kid honestly believe that Robert Bowers, the synagogue shooter, and Cesar Sayoc, the email bomb messenger, are well-balanced, emotionally sound people who carried out their heinous crimes solely because of comments they heard the president make?

The clause “contrary to what the president likes to do” in Hogg’s prescription is particularly interesting insofar as it suggests he believes that the desire to capture perpetrators of deadly acts is a personal vagary of Trump, not a normal human impulse.

Here, for what it’s worth, is the video: 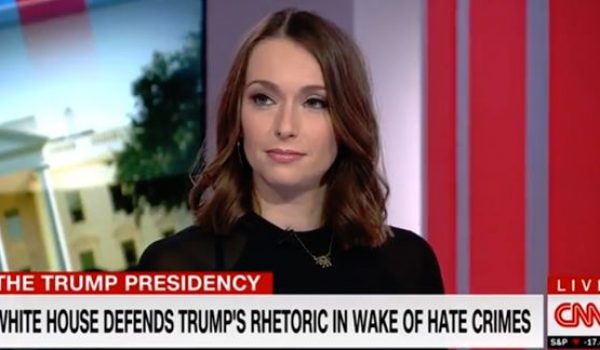 Quote of the Day: Trump has radicalized more people than ISIS
Next Post
Beto O’Rourke once voted to seize homes of low-income families: His own family benefited