As Charles Cooke notes, there is evidence of corruption and deception by the Democratic candidate for governor in Florida, Andrew Gillum. Even liberal newspapers like the Tampa Bay Times and Politico are reporting it. But Gillum retains a narrow lead in the polls and may well win the election. Gillum’s chances of winning are augmented by the fact that many Floridians have already cast ballots early, preventing this late-breaking news from affecting their vote.

Andrew Gillum, the Democratic nominee for the governorship of Florida, is responding to the widely reported news that he has been caught lying about perks he received while in office by accusing those who have noticed the stories of racism.

Per Politico, “documents turned over to the Florida Commission on Ethics” show that Gillum has misled the public in at least two ways. First, by accepting tickets to the broadway show Hamilton from an undercover FBI agent who was posing as a lobbyist, and then pretending that he believed they had been purchased by his brother. Second, by staying at a villa in Costa Rica that was paid for by “Adam Corey, a lobbyist and longtime ally of Gillum,” and then insisting he paid for it himself.

During the gubernatorial debate, DeSantis also pressed Gillum on whether he paid for the “villa in Costa Rica,” a reference to his accommodations on that trip. Gillum has said he and his wife paid cash for the May 2016 Costa Rica accommodations, a contention refuted in the newly released emails.

However, these revelations may come too late to affect the election. As Politico notes, “More than 1 million voters have already cast ballots by mail, or at early voting sites.”

As even liberal-leaning web sites like PolitiFact have conceded, Gillum supports a substantial tax increase.

And that tax increase wouldn’t even fund his extremely costly healthcare proposals, which would more than double the size of Florida’s state budget annually. Those healthcare proposals would cost $32 trillion on a national basis over a ten-year period, although Florida has only about six percent of America’s population, so the cost to Floridians would be more like $2 trillion — still far more than Florida’s entire budget over that ten-year period. Vermont canceled a state plan similar to Gillum’s in 2015 after learning that it would require that state taxes be far more than doubled.

Gillum is also likely to cause unnecessary increases in Florida’s prison budget because he wants to suspend all executions in the state. He doesn’t just want to end the death penalty going forward — which might lead to fewer lengthy and costly death penalty appeals. He also wants to suspend all previously upheld death sentences from being carried out, even if courts at every level have already rejected a murderer’s claim that his death sentence was unfair, and even when the killer has committed aggravated murder, such as serial killers and torturer-murderers. This will lead to the State of Florida spending thousands and thousands of dollars every year to house each such inmate. Some of these inmates may go on to kill their cellmates or prison guards. A murderer already serving a life sentence has nothing to lose from killing his cellmate if there is no death penalty and may just keep on committing more crimes as a result if he can’t be executed.

Such jailhouse killings are committed by people like Darren Witmer. He was jailed for killing two senior citizens. Then he killed his cellmate. Then he tried to extort money from an elderly widow, by threatening to have accomplices kill her. Florida juries tend to impose the death penalty only in rare, extreme cases. But when they are actually carried out, death sentences can save lives by deterring murder, as several studies have found. As the Associated Press noted in 2007, “Each execution deters an average of 18 murders, according to a 2003 nationwide study by professors at Emory University. (Other studies have estimated the deterred murders per execution at three, five and 14).”

For example, PolitiFact was unsympathetic to accurate statements that the national debt was rising as a percentage of the economy during the Obama administration. It thus claimed it was “half true” for Ted Cruz to state that the “national debt is bigger than the nation’s GDP,” even though PolitiFact admitted that statistically, our national debt in fact exceeded the nation’s GDP. Why did it rate a true claim as “half true”? Because that true assertion about the national debt supposedly lacked important context, according to PolitiFact’s Gardner Selby. Similarly, PolitiFact said it was “misleading” and dishonest for a conservative politician to make the true statement that President Obama “refuses to recognize Jerusalem” as Israel’s capital, even though that fact was concededly true, because the politician did not provide additional context that PolitiFact wanted: namely, that Obama is not the first president to take this position. There is a potentially infinite amount of “context” for any statement, but that does not make a true statement false merely because it does not include all that “context.” 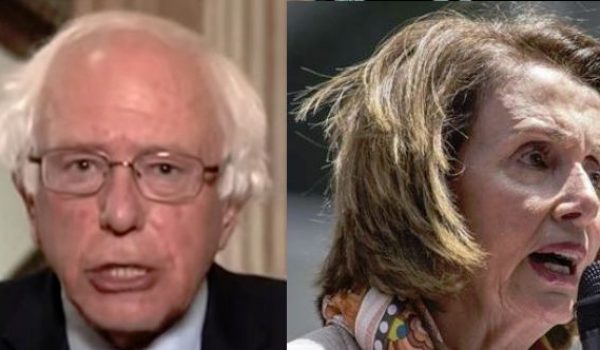 The impact of aging Democratic leaders on the 2020 election: a study for political anthropologists
Next Post
Papadopoulos will testify to Congress about suspicious contacts made with him before 2016 election