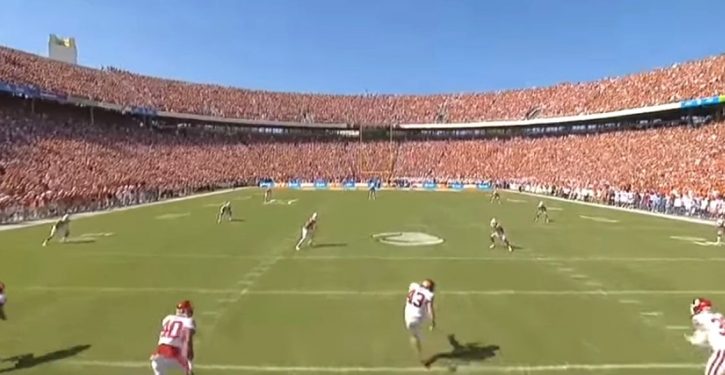 To clarify, we think they’re idiots at the AP poll this week.  Not because of the Oklahoma ranking, mind you (we know there’s still not so much there there on the defensive side of the ball), but because they overrewarded Notre Dame for the Stanford win, overpunished Penn State for the Ohio State loss, and have completely lost their minds on Kentucky.

There.  We said it.  We’re not huge fans of the West Virginia, pride of the Big 12 ranking, for that matter, but Joe Manchin did say today that he’ll vote for Brett Kavanaugh on Saturday, so hey, let the Mountaineers enjoy a positive moment.

Georgia Tech is kind of beating the pants off Louisville right now.  There’s a shootout brewing over Dallas way, and a marquee match in Blacksburg Saturday evening that’s can’t-miss programming, so let’s get down to business.

The University of Tulsa, which beat Notre Dame 28-27 on 30 October 2010, put together yet another manful, respectable 41-26 loss in its excellent adventure at AAC opponent Houston Thursday night.  Any rebuilding that doesn’t involve Legos or Kilz is OK by us.  The Golden Hurricane’s next outing is Friday the 12th hosting South Florida.

New, post-Baylor #7 Oklahoma is off to the Cotton Bowl for its Storied Rivalry with #19 Texas: the Red River Shootout.  We always take a moment to explain that you will hear the sportsbabblers referring to this as the “Red River Rivalry” (or, in a new variant, “Showdown”) because they’re a bunch of Nancy-pants, and not in a good way.  At least the broadcast will be on Fox and not ABC this time.

Texas QB Ehlinger has healthy but not overly productive stats in his ruck, which may be a key against the earnest but not always precision-targeted OU secondary.  The Sooners are still young around the edges on defense, but we do like their emerging git-‘er-done attitude.  The noticeable spark on offense is a welcome transition as well; in the Muleshoe era they’re less likely to drape themselves over a narrow lead like Europeans camping out on a people mover at the airport.  Stat for stat, on paper, the Longhorn D doesn’t measure up – but this Storied Rivalry is Storied for a reason, so we count no chickens until the last pickup truck and Winnebago have left the Cotton Bowl parking lot and I-35 is a nightmare in every permutation and direction.  Sooners have a 7-point advantage.  Just win, guys.  It ain’t about nothin’ else till that final buzzer.  Boomer.

Recovering #25 Oklahoma State could have looked stronger defensively in the win over Kansas (motto: “What difference, at this point, does it make?”) last Saturday, but (a) they’re down some top guys due to injuries, and (b) it was good enough to get back into the Top 25, at least in a crazy-eyes week.  The Pokes will host Iowa State, which usually isn’t a gimme.  Whether top ISU RB David Montgomery will be playing after last week’s injury apparently remains a question; if not, that will give the Cowboy D, now minus DT Darrion Daniels for the season (bummer), a bit of a break.  OSU gives 9.5.

Navy will be at Air Force Saturday for the first of the Commander’s Cup bouts.  The Mids are giving 3; we see this one going either way, given both teams’ continuing weaknesses.  Go Navy!

Army is off this week, polishing up its game for San Jose State next Saturday.

Virginia Tech, on the road to redemption at #24 after cruising over Duke, hosts #6 Notre Dame for the weekend’s marquee match-up and one of the huger games among our Inner Circle stalwarts this season.  The Arsh did look strong in the win over Stanford last week; QB Book, settling in, is the real deal.  In previous years I’d expect Bud Foster’s Hokie D to give him the shock of his life, but VT has lost some of its best in the backfield since last year and will have to rise to a big challenge if the line can’t get more pressure on Book than Stanford was able to.  Ryan Willis, VT’s back-up QB now starting for the season, showed well at Duke, and will need to give that arm a workout to beat the 7 Notre Dame is giving.

Nevada, 3-2 after the exciting squeaker over Air Force, hosts 3-1 Fresno State for a major MWC West collision Saturday night.  The Bulldogs have been roaming America laying the points on anything that’ll stand still long enough; Nevada’s still reconstructing on D, but has had a couple of heroic saves so far to prevail against respectable opponents. We think the Wolf Pack can cover the Fresno State give of 15.

#5 LSU will be at #22 Florida for the Storied LSU-Florida Rivalry, which as we’ve noted before basically means two SEC teams are playing each other.  LSU gives 2.5.

(Live update: Georgia Tech really is running through Louisville like a knife through butter. Literally; running.  They could have left their passing game at home.)

Kansas State heads to Baylor, with the Bears giving 5 in Waco.  We’re sorry to think this one won’t benefit any constitutional learning competitions, but we’d love to be there for the game.

TCU has the weekend off, and will host Texas Tech in Fort Worth on Thursday 11 October.

Toledo comes off a tough out-of-conference loss to Fresno State to dive back into MAC play on Saturday, hosting Bowling Green for their Storied Rivalry, the Battle of I-75.  We love these rivalries named after interstate highways.  We think the Big 12 should have a whole slew of them with a (wink-nudge) “New World Order” theme, given that I-35 is held by some to be a globalist plot to take over North America.  But we digress.  It’s just like the MAC for 2-2 Toledo to be giving 21.5 to 1-4 BGSU – but these are the guys who spend Septembers racking up quality losses out of conference each year, so they can toil along for the last six weeks playing each other at, like, 4 AM on Wednesdays.  Plus a couple of them play for bricks or something, which is seriously crushing street. MAC, we love ya.

Wyoming heads to Hawaii Saturday night to defend the Paniolo Trophy in their Storied Rivalry.  We always feel better when the game is played relatively often, considering that the old trophy was literally lost after Wyoming won it in 1997 (to this day, no one knows what happened to it).  A recurring game keeps everyone on his toes.  We’re not suggesting any lack of trust on Hawaii’s part, but it does seem like Wyoming posts a lot of pictures of the beautiful new trophy now, since the series was renewed in 2013.  Hawaii gives 3 in Hono.

Overdogs’ choice in the Top 10 this week.

Ohio State test-drives #3, hosting Indiana with a measly 26-point give.  #4 Clemson is at Wake Forest with a 20-point advantage.

New #8 Auburn heads to Mississippi State, where they should really just get it over with and declare an official Storied Rivalry already.  War Eagle’s only giving 3.5; we like the ‘Dog bettors’ style.

#10 Washington will be at UCLA trying not to over-cover a 21-point advantage.

As always, we have to remind ourselves that it makes sense now for Mizzou to be at South Carolina.  Not that we’re suggesting this is your best option.

Storied Rivalry-wise, of course, it’s the annual shindig for Floyd of Rosedale, the world’s most typhoid-resistant bronze pig.  Iowa will be in Minneapolis for this go-round, giving 6.5 to Minnesota and looking to bash Gopher something fierce.  Floyd Nation will be ready.

Nebraska will be at #16 Wisconsin playing for the Freedom Trophy.  The Badgers are favored by 18.

And Florida State is at #17 Miami (Da U), doing whatever it is they do.  Hurricanes are donating 13.5 to the Rivalry pool.

Other than Storied Rivalries, your nightcap West Coast contingent will be putting on a show with Utah at #14 Stanford, which will probably produce some good football.

In FCS, McNeese State is back at #10 and prepping to host Abilene Christian on Saturday evening.  ACU comes in 2-3 and looking beatable.  It’s another rainy forecast for Lake Charles, which can sometimes portend game delays.  Otherwise, 80-ish or just under for the 6 PM kickoff.

In Div II, Slippery Rock is 4-1 after rolling over Mercyhurst, and has the big game of the season coming up on Saturday at Indiana PA.  IUP’s Crimson Hawks took a huge 12-slot fall in the Div II rankings after a loss to rival California PA last week, plummeting to #14.  But they’re still a formidable team, and always a tough challenge for the Rock.  The 2 PM kickoff will see 80 and looming showers.

UCO succumbed at Fort Hays State last week 15-0, but takes the field in Edmond on Saturday to host Central Missouri for Homecoming weekend.  The Mules are 3-2 to the Bronchos’ 2-3, and did put some points on the board against Fort Hays State in the season opener.  But we’re expecting the Force to be with UCO – even if thunderstorms and 70s are forecast for the 2 PM game start.

In Div III, Rose-Hulman lost a heartbreaker to mighty Franklin 42-39 last week, keeping up score for score until the very end.  Darn good calculcatin’, Engineers.  RHIT hosts Bluffton (OH) on Saturday, both teams coming in 1-4, but Rose-Hulman having fought the harder schedule.  Quite warm in Terre Haute: may graze 90, with partly cloudy skies for the 2 PM kickoff.

Christopher Newport is 3-1 coming off a big win at Rowan, and gets to take on Salisbury (MD) on the home turf in Pomoco on Saturday.  Salisbury (4-0) is tough, with one of the best defenses in the NJAC and a regular lurking vote-getter in the Div III Coaches poll, so any advantage is welcome.  Showers and 70s for a 6 PM game start.

Merchant Marine (3-1) lost a tough one to MIT last week.  The Mariners host Norwich (Northfield, VT) on Saturday, with the Cadets coming in 1-4 off a loss to Coast Guard (which, if you pay attention to these things, just shows you).  Darned if it won’t be rainy and right around 80 for the game start at noon in Kings Point.  Sensing a pattern here. 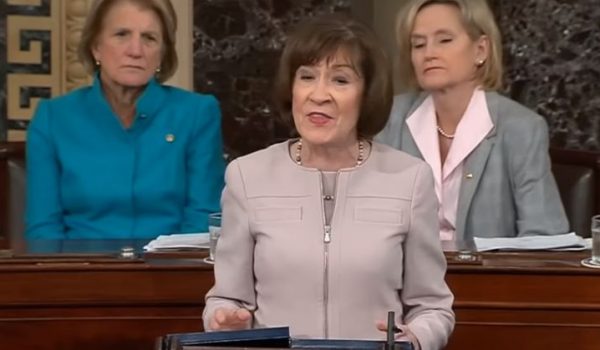