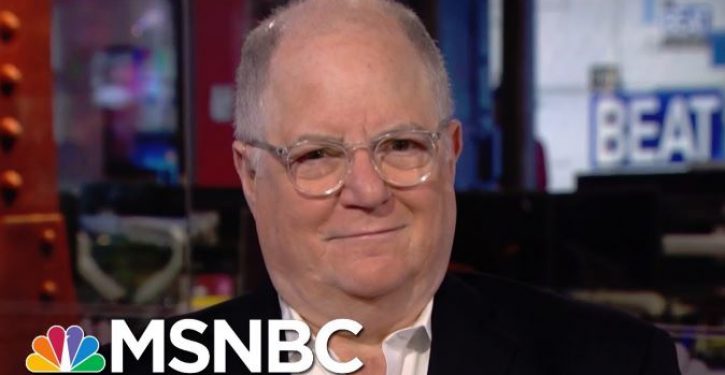 None of the new revelations this past weekend about Supreme Court nominee Brett Kavanaugh’s alleged behavior as a teenager or young adult merits serious attention. As J.E. Dyer observes with respect to an allegation by Deborah Ramirez, who attended Yale with Kavanaugh:

The New Yorker does cite at least three people by name, and three unnamed people, who dispute Ramirez’s story, saying they never heard about it and it would have been very much out of character for Kavanaugh. Two of the unnamed persons were men Ramirez alleged to be present at the party, and they told the New Yorker that they were not.

The lack of substantiation of Ramirez’s claim wasn’t enough to deter the New Yorker from running the story, nor did it stop The New York Times from adding its two cents on Sunday:

The Times had interviewed several dozen people over the past week in an attempt to corroborate her story, and could find no one with firsthand knowledge. Ms. Ramirez herself contacted former Yale classmates asking if they recalled the incident and told some of them that she could not be certain Mr. Kavanaugh was the one who exposed himself.

But not everyone associated with the Gray Lady was persuaded that there was nothing to see here. Former Times theater critic-turned-political columnist Frank Rich, who now writes for New York magazine, tweeted this on the evening that the Times article ran:

Kavanaugh’s bragging about coaching girls’ basketball is troubling in retrospect.

To say this at all bespeaks horrendous judgment, but to say it in the absence of corroborating evidence reveals what a cretin Rich is. One constant that has remained throughout the Kavanaugh saga are the reams of testimony to his character as a man and a humanitarian. The first thing that has been said by everyone who knows  Kavanaugh and heard the allegations against him is how unlike him these charges are.

If Rich is going to make smarmy innuendos about Kavanaugh based on charges trumped up by Michael Avenatti and his ilk, then why not invent something unseemly about the judge’s having served meals to the homeless back in July. Surely, Rich can come up with something, such as claiming Kavanaugh urinated in the food.

BREAKING: Deputy Attorney General Rod Rosenstein has reportedly resigned
Next Post
Grassley: We will attempt to evaluate the new claims against Kavanaugh. Is he kidding?