On Tuesday, twice failed presidential candidate Hillary Clinton appeared on MSNBC’s “Rachel Maddow Show,” where she weighed in on what the country needs now and in the long run.

Responding to the story at the top of the current news cycle, Clinton opined that Christine Blasey Ford, the woman who accused Supreme Court nominee Brett Kavanaugh of sexually assaulting her when both were teenagers, deserves due process. Shorter Clinton: The confirmation vote should be delayed until all of demands Ford have been acceded to.

Maddow introduced the topic in a manner that was by measures melodramatic and distorted, noting how the Republican plan to have Ford and Kavanaugh seated at the same table next Monday would cause Ford to relive her nearly four-decade-old trauma. From there Maddow shifted to concerns Clinton expressed back when her husband was the accused that he was denied due process, concluding with the question “Have we learned anything over the years about due process, not just for the accusers but also for the accused?”

Well, I think that you have to take each of these situations sort of on their own merits. And what we have today is a process that has been rushed, that has been deliberately opaque, where information that the Congress, not just democratic senators, but all senators and the public deserve to see, that they were denied. So there has to be a set of standards. Yes, there should be due process for everyone involved.

Never mind that Christine Blasey Ford could have brought charges against her alleged attacker any time over the last 38 years and, for whatever reason, chose not to. Nor is she filing charges against him now. She is seeking nothing more than to do derail his judicial career, which seem might view as an act of pure and unbridled vengeance. These realities, coupled with new revelations about her attorney, suggest that this entire sideshow is politically motivated.

As for Hillary, her view that “there should be due process for everyone involved” is not one that she espoused back in 1978, when her husband was accused of sexual misconduct by several different women. One of them, Juanita Broaddrick, reacted to her comments on MSNBC in a tweet:

If you want the FBI to go back that far @HillaryClinton @MSNBC to investigate Ford’s allegations…. let’s investigate my RAPE allegations against Bill Clinton, too. Seems only fair.

Broaddrick recalled how the former secretary of state met her a short time after the alleged rape.

“She grabbed ahold of my arm… and she says with this very angry look on her face… ‘do you understand everything that you do?’,” Broaddrick said. “At that moment, I felt she knew [about the alleged rape] and she was telling me to keep quiet.” 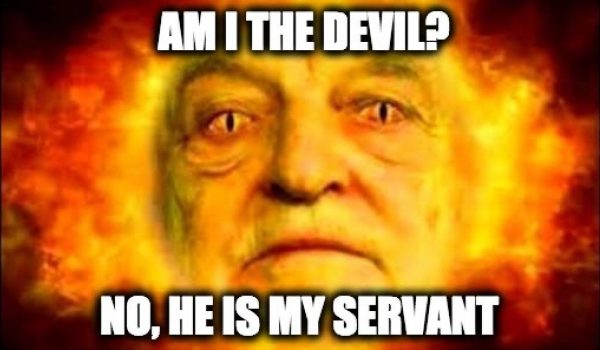 Why isn’t the FBI investigating George Soros?
Next Post
Gov. Jerry brown: ‘Something’s got to happen to’ Trump, we must ‘get rid of him’