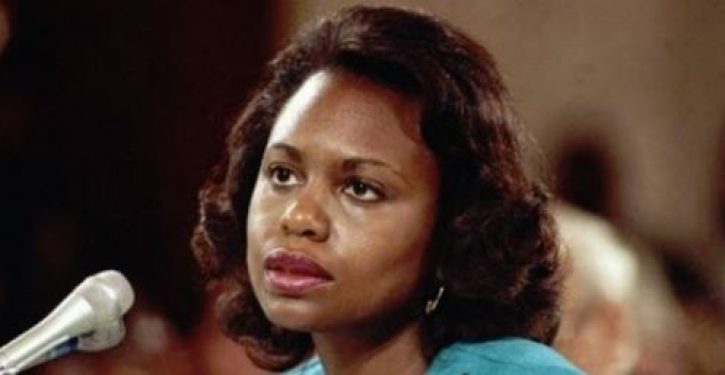 Supreme Court nominee Brett Kavanaugh was unanimously rated well-qualified by the American Bar Association, despite its well-documented bias against GOP nominees. Judge Kavanaugh was well on his way to being confirmed by the Senate, when, at the last minute, Senate Democrats suddenly seized on an allegation against him. This was an allegation they privately thought so little of that they had sat on it for months, without disclosing its existence to Kavanaugh so he could rebut it. The Democratic senator who originally received the allegation, Dianne Feinstein, never confronted Kavanaugh about it, or even disclosed the allegation’s existence, when she met with him weeks earlier.

Obviously, she harbored her own doubts about whether the allegation was true. Moreover, notes the liberal New Yorker, Feinstein’s staff had “once conveyed to other Democratic members’ offices that the incident was too distant in the past to merit public discussion.” But once it became apparent that Kavanaugh would otherwise be confirmed, things suddenly changed. Senate Democrats, in a eleventh-hour tactic, seized on this allegation they once found suspect, in order to peddle a last-minute smear against the judge.

But why would such an allegation be made to begin with? A veteran lawyer explains. Imagine you are “an academic in the bluest blue area in the nation,” a liberal enclave where Republicans are hated. You are a “mediocre academic at a fifth-tier school.” What could you do to get yourself a better job, and maybe become the latest living saint to progressives across the country?

Answer: Accuse a Republican president’s Supreme Court nominee of committing misconduct decades earlier. That is what a coastal California psychology professor has now done to Brett Kavanaugh, notes a distinguished D.C. lawyer. She is following in the footsteps of another obscure academic who, in 1991, profited handsomely after she accused a probably-innocent Supreme Court nominee of committing sexual harassment years earlier.

That 1991 accuser, Anita Hill, had once been marooned at a backwater institution, where she bored students with her lackluster and uninspired lectures. But accusing Judge Clarence Thomas of sexual harassment transformed her life for the better. After accusing Clarence Thomas of saying sexual things to her years earlier, she became an instant celebrity. She received large amounts of money in speaking fees from left-leaning colleges and professional conferences.

She also received a well-paid “tenured sinecure” from a prestigious university despite “not publishing anything of consequence.” Hill was routinely quoted by sympathetic reporters about anything gender-related, even though she seldom had anything original to say and simply echoed earlier progressive talking points. She exhibited a pronounced liberal slant, defending Bill Clinton, who was accused of sexually harassing Paula Jones and raping Juanita Broaddrick, even as she was trotted out to blame Republicans for supposed softness towards sexual harassment or gender-discrimination. (Clinton paid $850,000 to Paula Jones in a sexual-harassment settlement).

Hill’s liberal slant did not stop liberal reporters like Jane Mayer from falsely claiming that she was conservative or apolitical, rather than the left-leaning academic that she in fact was by 1990. In claiming that Hill was apolitical, Mayer cited the fact that Hill had devoted herself to supposedly non-controversial things like pushing college hate-speech restrictions. But hate-speech restrictions are not apolitical or non-controversial: The Supreme Court unanimously struck down a municipal hate-speech ban in R.A.V. v. St. Paul, and a federal judge had struck down a hate-speech ban at the University of Michigan in 1989.

Moreover, progressives are more keen on banning hate speech than conservatives, perhaps because many of them view commonly held conservative beliefs as hate speech — on college campuses with hate speech bans, conservatives have been punished for criticizing things like affirmative action, feminism, and homosexuality.

Thanks to consistently slanted media coverage, Hill also got tons of favorable publicity. The hearings that aired Hill’s charges were watched by much of America. At their conclusion, after weighing the evidence, most Americans believed Thomas, not Hill — by a 2-to-1 margin. But that rapidly changed. So slanted was media coverage in Hill’s favor — most journalists are Democrats — that a year later, most Americans believed Hill, not Thomas. They ended up believing the media, not their own lying eyes, i.e., their contemporaneous evaluation of the evidence in 1991.

But most juries viewing the evidence would have reached the same conclusion that Americans originally did: that Hill was lying. Hill followed Thomas from job to job, undercutting any claim that he said offensive things to her and suggesting that even if he did say off-color things, she welcomed them rather than them constituting sexual harassment. (For remarks to legally constitute sexual harassment, it is not enough that they be sexual; they must also be both objectively offensive, and subjectively offend the alleged victim, and they must be unwelcome, not merely off-color).

Media accounts in the 1990s routinely implied that Hill must have been telling the truth — even though members of the U.S. Senate concluded otherwise in confirming Thomas to the Supreme Court. Pro-Hill media accounts routinely misstated the law regarding sexual harassment (such as what evidence is admissible to disprove an allegation of sexual harassment under Supreme Court and federal appeals court precedent). They also routinely misstated basic details about Hill and her charges to try to make Thomas look guilty.

Kavanaugh’s accuser is probably well on her way to being canonized by her fellow California progressives for making a high-profile accusation against a Republican judge. Kavanaugh has been cited in liberal publications like the New Yorker as a potential Supreme Court nominee since 2012, if not earlier, making him a target of potential smears for years.

Kavanaugh’s accuser may have been aware of the Hill precedent and the benefits one can reap from making unsubstantiated accusations of wrongdoing against a Republican judge in a progressive region. In northern California, where she lives, you can still see cars bearing 26-year old “I believe you, Anita” stickers on them, a small fraction of the number of cars that once bore such stickers in the 1990s.

If Kavanaugh goes down, it will probably be impossible to confirm a new SCOTUS nominee this year
Next Post
Showdown: Dems make demands against rule of law, on Kavanaugh and FISA declassification