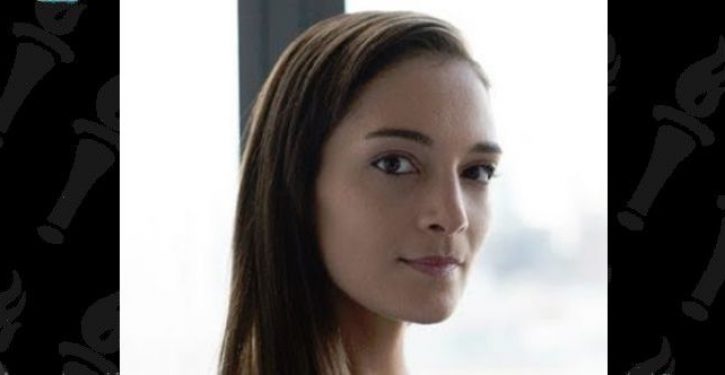 Socialism has bankrupted many countries, such as Venezuela, where it caused widespread malnutrition and misery. As “Venezuela collapses, children are dying of hunger,” reported the New York Times. But in America, it has never been more popular. In polls, Democrats favor socialism over capitalism. According to a Gallup poll, 57% of Democrats have a positive view of socialism, but a majority do not have a positive view of capitalism.

Democrats are now replacing veteran Democratic legislators with avowed socialists in primary elections, choosing to nominate socialists precisely because of their socialist radicalism. Writing in the New York Times, Bari Weiss notes that Brooklyn Democratic voters overwhelmingly voted for avowed socialist Julia Salazar, despite her very public history of lying about basic things like her background, origins, and past political positions. As Weiss puts it, Julia Salazar is “the left’s post-truth politician.” This “socialist lied. And lied. And lied. Then she won handily in Brooklyn.”

As Weiss points out, Salazar pretended to be an immigrant from a disadvantaged background with a degree from prestigious Columbia University; she pretended to be a “Jew of color and a working-class girl raised by a single mother without a college degree who had struggled to support her family.” But “few of the details were true.” In fact, “Salazar was born in South Florida. She was raised in a Catholic home and her conversion story, which no one can verify, keeps changing. She never graduated from Columbia, unlike her mother, who in fact did finish college. She grew up in a comfortable middle-class home. She even has a trust fund.”

These lies were all publicly exposed, and widely known, but it didn’t matter to Brooklyn Democratic voters, who were infatuated by Salazar’s socialism. They liked Salazar so much they ousted an eight-term Democratic incumbent to pick her. She got nearly 60% of the vote. In heavily Democratic Brooklyn, her election is November is virtually certain.

Salazar is one of an increasing number of self-described socialists to win Democratic primaries. Earlier, “socialist Alexandria Ocasio-Cortez scored a surprise win in June’s congressional primary over U.S. Rep. Joseph Crowley in New York.” That socialist is now expected to win the general election on the Democratic ticket, and become a member of U.S. Congress. She will not be the only socialist member of Congress. In 2016, the “self-proclaimed socialist” Sen. Bernie Sanders ran a close race for the Democratic Presidential nomination, losing by a small margin to Hillary Clinton. Clinton managed to win the primary only because of a huge advantage in name recognition, organizational support, and financial resources. Sen. Sanders loves socialism so much he chose to spend his honeymoon in the Communist Soviet Union.

Socialist victories are occurring even in the more conservative South, where even Democrats used to support a free-market economy. The result may a massive expansion of government regulation and government spending in states that historically attracted businesses and jobs by offering relatively low tax rates and a relatively unregulated economy. Democratic President Jimmy Carter, who hailed from Georgia, deregulated key sectors of the economy, such as railroads, air transport, and the trucking industry.

In Virginia, an avowed “democratic socialist,” Lee Carter, was elected to the state’s House of Delegates in 2017, defeating the veteran Republican legislator Jackson Miller. Miller lost by a substantial 9% margin, despite being a respected, mainstream legislative leader, and the House’s Majority Whip. There is no sign that Carter’s socialist leanings cost him any votes among Democrats or Democratic-leaning independents in that district. Jimmy Carter has warned against the Democrats’ leftward lurch, but today’s Democrats are ignoring his warnings.

The Democratic Party is not the only major party lurching to the left. It is happening in England, too. As this website earlier pointed out,

Jeremy Corbyn, the leader of England’s Labour Party, has a good chance of being England’s next Prime Minister, despite being an anti-Semite and a defender of foreign dictatorships. He has defended the dictatorial communist regimes in Cuba and Venezuela — especially the regime in Venezuela, which has presided over the economic collapse of that country, despite oil prices being higher than they were in 1999 when the left took power in that country.

Yet, notes The Spectator, “In 2014, Jeremy Corbyn rang President Maduro live on a Venezuelan television channel to congratulate him.” Richard Burgon, Corbyn’s choice for Justice Minister if Labour retakes control of England, exulted in the sham election in which Nicolas Maduro was “elected as President of Venezuela,” calling it a “victory” for the country’s laborers, some of whom have since died of malnutrition. This has had seemingly no effect on Corbyn’s popularity’s. As Bloomberg News notes, Corbyn’s Labour Party leads England’s governing Conservative Party in opinion polls. If an election were held today, Corbyn would become Prime Minister.

Corbyn has also praised the supposed “heroism” of Cuban Communist dictator Fidel Castro, whose regime killed thousands of people and reduced to poverty what was once one of the most prosperous countries in Latin America. (Contrary to the claims of Castro’s defenders, pre-Castro Cuba had good healthcare and educational systems, by world standards, long before Castro appeared on the scene, as a Washington Post fact-check illustrates. Today, notes the Washington Post’s Charles Lane, Cuba is economically and socially backward in important measures, contrary to the Cuban propaganda peddled by some gullible reporters). 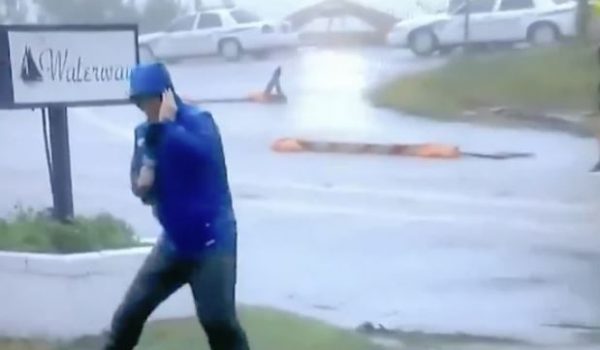 And the Oscar goes to … Weather Channel guy hamming it up to show how fierce winds are
Next Post
Next hero of the Left? Woman blinded herself because she ‘self-identified’ as blind 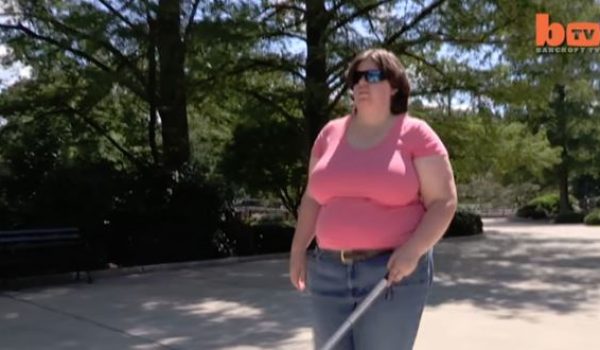