Liberals are a peculiar lot. When it comes to the subject of “climate change” (formerly known as “global warming” until the data no longer supported that name), they insist the science if settled — that the debate is over.

But when it comes to gender dysphoria, the mental disorder that causes some people to believe they were born into the wrong body, the Left wants no part of the science of mental health. Because they fancy themselves “tolerant,” they are willing to take it on faith that so-called “transgenders” are perfectly healthy, well-adjusted individuals on whom nature played a dirty trick.

Because the Left is unwilling to discuss the subject of transgenderism, except to lend their full-throated endorsement to enforcing laws that will permit transgenders to relieve themselves in whatever public restroom suits their fancy, they never to stop to wonder about certain anomalies.

Take the fact, revealed in a 2016 study by the Williams Institute at the UCLA School of Law, that the number of adults in the U.S. who have “come out” as transgenderd has nearly doubled in the last decade.

A second study by the UK’s National Health Service found that the number of young people seeking clinical services for “transitioning” has risen even more more dramatically. One clinic in the UK saw a more than 300% increase in new referrals over the past three years. Although such clinics in the U.S. are rarer, clinicians here report large upticks in new referrals as well, with waiting lists stretching to five months or longer.

So what accounts for these increases? One theoretician, Lisa Littman of Brown University, may have an answer. According to Robert Tracinski writing at The Federalist:

… Littman recently published a blockbuster study on the “transgender” phenomenon, presenting evidence that parts of it might be a “social contagion” — a maladaptive coping technique for troubled teens, spread by peer groups and the Internet. …

Her hypothesis makes perfectly good sense. The teen years have long been identified as a challenging and stressful time of life. Couple that angst with the rise in prominence of social media, and suddenly the whole transgender “fad” makes sense.

Littman coins a new phenomenon — “rapid-onset gender dysphoria” (ROGD) — to explain why cases of gender dysphoria are springing up suddenly whereas in the past such cases usually resided in a long history of a child rejecting identification with his or her biological sex, extending back before puberty.

As Tracinski notes, a press release on the study issued by Brown was retracted following an angry outcry by transgender activists. The truth, however, will out. 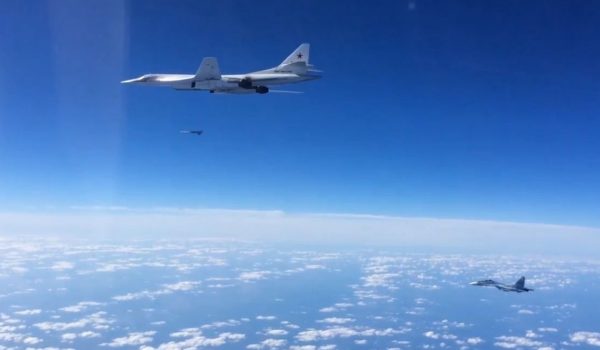 It’s not 1918 anymore: Russia kicks off fight for Idlib with strategic inside slider
Next Post
Even though he’s not running, Obama adds fresh ammunition to the ‘basket of deplorables’ meme