You may think that a campaign to recruit voters and get them to vote along party lines costs millions. You wouldn’t be wrong if you did.

But just as important as raising the cash needed to get candidates’ names out there is the message. The left-leaning campaign gurus at Get out the Vote (GOTV) have some sage advice to impart on this point. In fact, to demonstrate just how effective strong messaging can be, we will feature only the five headings in the GOTV “workshop” on how to write the perfect script as bullet points:

Now let’s see an example of that advice in action. Here is Women’s March founder and Farrakhan supporter Linda Sarsour with a message for voters in Ohio regarding the upcoming midterms:

There’s no question that Sarsour’s message is brief, consisting of 29 words. As for a plan to entice voters, she has laid out inducements to vote Democrat on numerous occasions. At a demonstration outside Trump Tower in November 2017, for example, she proclaimed that the White House was more of a threat to Jews than she is.

Social pressure? When you have 270,000 followers on Twitter, many of whom are as militant as you, you can be sure that peaceful law-abiding citizens feel the pressure, if not out-and-out anxiety, every time they learn about your latest exploit.

As for the message not being about you, Sarsour may need a little remediation since all of her sentences start with “I” and are followed either by “don’t care” or “need.”

Black people hate Trump, so only they should be permitted to vote
Next Post
Cartoon of the Day: Plant it, Hollywood 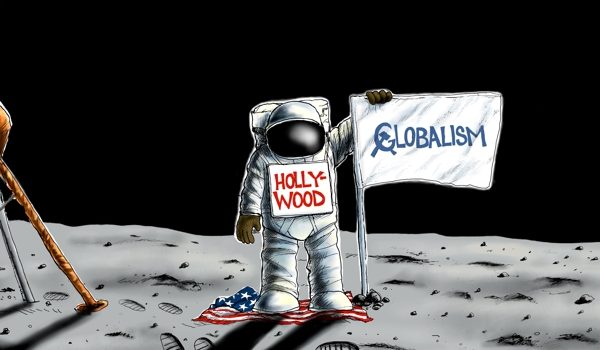