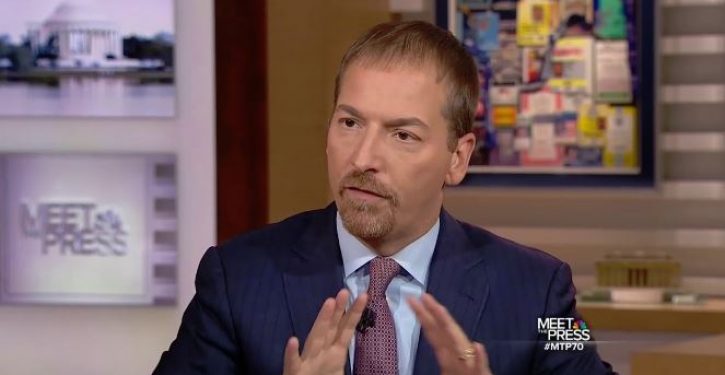 We interrupt this blog post to bring you a message from onetime CBS anchor Dan Rather, who is now (and, no, this is not The Onion) teaching an online course titled “Journalism & Finding the Truth in the News.”) No kidding. The most disgraced broadcast journalist in the history of the profession is now lecturing the David Hoggs of the world on journalistic ethics. And for a limited time, you can sign up for Rather’s course for the low, low price of $9.99, marked down from its regular price of $149.99. Again, this is all on the up-and-up. And now back to our regularly scheduled post.

On Sunday’s “Meet the Press,” host Chuck Todd claimed the eroding trust in the media is that fault of “the conservative echo chamber” as embodied by networks like Fox News. It’s one of the unintentionally funniest things said about the media by one of its members since David Frum reacted to an especially embarrassing CNN flub by declaring it’s because or journalists’ screw-ups that the American people should trust them.

But back to Todd via The Hill:

Todd made the assertion after [CBN News’s David] Broidy invoked a 2018 Gallup/Knight Foundation survey that found Americans think 62 percent of the news they read, see or hear is biased.

Broidy argued that the poll should be considered when looking at the approval ratings of President Trump.

“I’d say on the Republican side they got exactly what they wanted, a guy that was going to shake things up. Look, I think one of the best things going in Donald Trump’s favor — we know this — is the mainstream media,” Broidy said.

But Todd aggressively pushed back against the assertion, saying [Fox News founder Roger] Ailes had helped initiate the perception of media bias by the public.

He later added that the push from Trump to discredit the media was a strategy formed in his 2016 presidential campaign.

“I’m just saying it was a creation — it was a campaign tactic,” Todd said. “It’s not based in much fact.”

Maybe Todd should arrange a sit-down with Brian Williams, formerly an anchor with his own network, who was fired after he falsely claimed that his helicopter had taken enemy fire and was forced down during the invasion of Iraq. It was later revealed that the network had been keeping a dossier of Williams’s on-air fabrications. 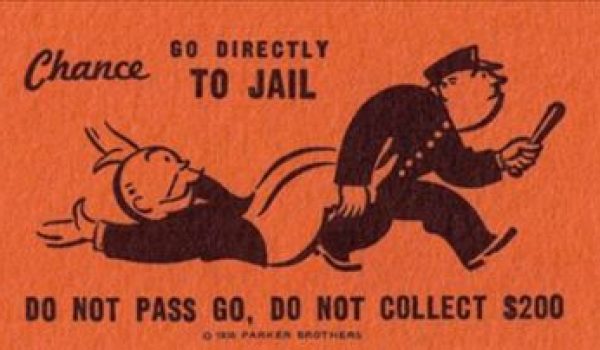 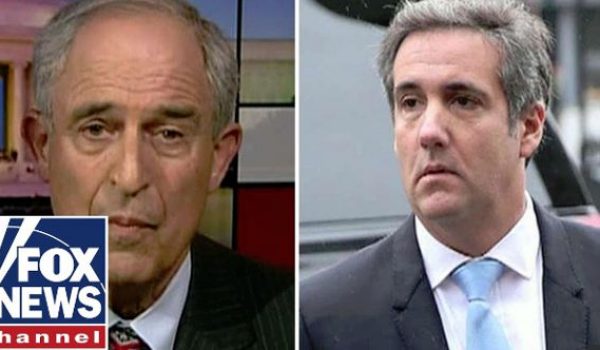