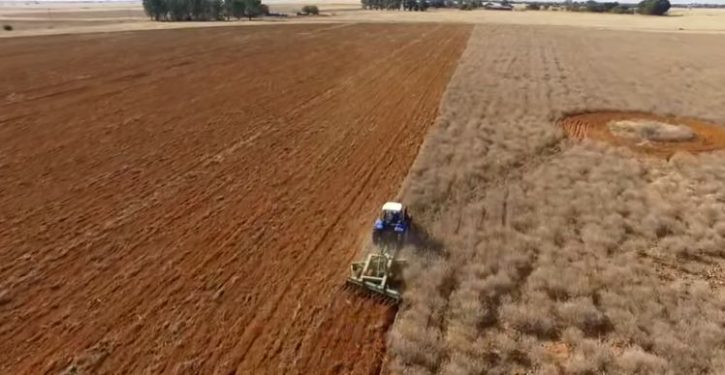 When a country seizes land from productive farmers without compensation, it can destabilize its economy and result in widespread hunger. That is exactly what happened in the southern African country of Zimbabwe. It seized the land of its white farmers. As a result, agricultural production collapsed, and Zimbabwe’s economy imploded, resulting in widespread malnutrition among its black majority population. Having learned nothing from this, South Africa now plans to follow in Zimbabwe’s footsteps, taking white-owned farms without compensation.

But you would never know most of these essential facts if you visited CNN’s web site today. Its coverage of South African land seizures has been excruciatingly dishonest. In an article today, CNN serves as a cheerleader for the South Africa’s government, which objected to President Trump’s criticism of its plans to seize farmland held by white farmers.

CNN sugarcoats what the South African government is planning to do, completely ignoring Zimbabwe’s disastrous experience, and omitting the fact that the planned seizures of the farms will be without compensation. It describes South Africa’s policy euphemistically, as “land reform” that “tries to reverse the uneven distribution of land” under which “white farmers still own the majority of land in the country.”

Still more slanted is the video CNN embeds in the article, which has the title “Trump tweets false white supremacist talking point.” The false insinuation is that Trump raised the plight of South Africa’s white farmers only out of “white supremacist” sympathies. The reality is that many economists have criticized the planned seizures. Experts at the libertarian Cato Institute, which disagrees many of Trump’s policies, asked Trump to raise concerns over the plight of those farmers — including a scholar who has appeared on CNN in the past.

For example, just before Trump’s tweet, the Cato Institute’s Marian Tupy, a Ph.D and expert on sub-Saharan Africa who has briefed the CIA and the State Department, published a commentary titled “Trump Should Warn South Africa on Land Expropriations.” Trump did so. Tupy is a think-tank scholar that CNN could easily have contacted: He has appeared on CNN International, and his contact information on the Internet includes his phone number and email address. The Cato Institute, a think tank in Washington, DC, opposes Trump’s immigration and trade policies, and filed court briefs against Trump’s travel ban restricting entry by people from seven predominantly-Muslim countries.

CNN does not quote a single economist, think-tank scholar, or agriculture expert who opposes the planned seizures, even though they are easy to contact. Nor does it note that mainstream conservative publications have raised objections to proposals to seize South Africa’s white-owned farms in the past — such as the National Review, home to many “Never Trump” conservatives, some of them people who are non-white, or have African children).

It may be that left-leaning CNN reporters such as David McKenzie and Angela Dewan — who wrote CNN’s slanted article — seldom read such conservative publications. But reporters know how to use Google to find divergent viewpoints, and a simple Google search would bring up articles about South Africa’s farmers in those publications.

CNN has even less excuse for not disclosing to readers how seizures of white farmland in neighboring Zimbabwe were ruinous for that country’s economy. Even left-wing publications such as The Guardian reported years ago on Zimbabwe’s disastrous experience, so even a left-learning reporter would be aware of them.

Even South Africa’s union of black farmers, the National African Farmers Union, has questioned the wisdom and practicality of the South African government’s proposals. And for good reason: seizing land without compensation will inevitably reduce land values, shrink agricultural production, and harm the country’s banks, which have mortgages on the land. That will result in less credit being available for farmers, both black and white.

South Africa’s government has begun seizing land from white farmers for only “a tenth of” its market value. And it is moving to change the country’s constitution to explicitly allow the South African government to seize white land without paying any compensation at all. It claims that such seizures are already permitted by the country’s constitution, and that changing the constitution is simply a confirmation of its existing power to seize land.

Although it has been discussed for many months, the process of seizing white farms has only recently begun. As England’s Daily Express newspaper notes:

South Africa’s government has begun seizing land from white farmers, targeting two game farms in the northern province of Limpopo after talks with the owners to buy the properties collapsed.

A secret government list of additional farms to be seized was leaked. Planned sales of some of those farms fell through after buyers realized they would be seized for at best a small fraction of their true value. No one wants to buy an asset that the government is about to seize for little or no compensation. That cost the farm owners “millions of rand” in losses.

Hundreds of white farmers in South Africa have been murdered, some in gruesome ways — such as being accompanied by torture — that suggest a possible racial motive. The killings are not a new phenomenon: Killings peaked in 1998 when 153 white farmers were killed. South Africa’s increasingly feeble and ineffective criminal justice system has made little effort to solve many of the murders.

CNN inaccurately refers to Secretary of State Mike Pompeo as America’s “Foreign Secretary.” That is not his title.

CNN is not the only media entity to be extremely misleading about South African land seizures and who has questioned them. Similarly deceptive coverage was provided by the Washington Post’s David Nakamura, Isaac Stanley-Becker, and Erik Wemple, in coverage we discussed at this link. The media seems to have forgotten that their role is to call out governmental abuses of power — not to serve as cheerleaders for any government, foreign or domestic (such as South Africa’s). 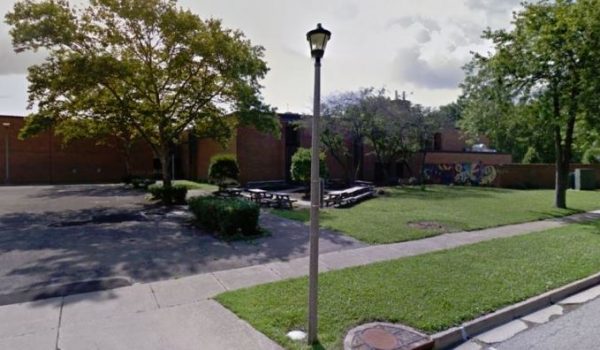 Parents upset over school assignment: Who would you leave behind if world was ending?
Next Post
Twitter: Tweeting that Dana Loesch’s children need to be murdered does not violate rules 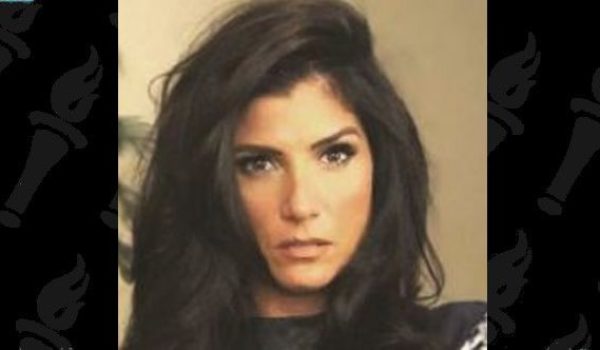