In an appearance on the radical-left PBS show “Democracy Now!” Texas Democratic Rep. Al Green patiently laid out the two options that now, in his view, face Donald Trump. Said green: “One is he can resign from office, or two, he can face impeachment,” stressing the final syllable.

“Impeachment,” he went on to explain, “is something that the framers of the Constitution provided for times such as this and a president such as Trump.”

So far, so good. But then Green spoiled it all by saying something stupid: “The president does not have to commit a crime to be impeached.” Here the framers, who Green quoted earlier, beg to differ. Article 4 of Section 2 of the Constitution clearly specifies:

The President, Vice President and all civil Officers of the United States, shall be removed from Office on Impeachment for, and Conviction of, Treason, Bribery, or other high Crimes and Misdemeanors.

But according to Green, all that is necessary to impeach the president is to show he has “harmed society.”

Rep. Al Green (D-TX) says that Trump "does not have to commit a crime to be impeached," adding that he should be impeached for "harming society." pic.twitter.com/b1x6okiS0D

This is not the first time Green has called for Trump’s impeachment. In November 2017, he was one a group of six Democratic House members who introduced articles of impeachment against Trump. Back then, Green and company argued that the president had violated federal law and the public trust and should be charged with high crimes and misdemeanors. At the time, the congressman evidently had not yet discovered the “societal harm” clause of the Constitution.

So in what ways does Green believe Trump has harmed society? Certainly it can’t be economically. Since Trump’s election, to site one economic yardstick, small business ownership among black Americans had jumped 400%. The rate of black unemployment, moreover, has fallen to 6.8%, its lowest since the Bureau of Labor Statistics started tracking it in 1972. Surely, as a member of the Congressional Black Caucus, Rep. Green finds these societal effects positive.

If the health of the economy, always a number one issue when Americans are polled, is a factor in the health of American society, shouldn’t Green have lobbied just as vociferously for the impeachment of Barack Obama? Under Obama:

Black unemployment soared close to 17% in 2010, and the national debt doubled.

There are other ways, of course, in which a president can be said to “harm society.” Obama began fueling animus between the black community and police six months into his presidency when he declared that Cambridge, Mass. “police acted stupidly” for arresting a black Harvard professor who had become belligerent during routine questioning. At the time of Obama’s declaration, he knew only the sketchiest details of the encounter. The meme of “police brutality” against blacks became a mantra during the Obama presidency, leading to countless beatings of innocent whites by black inner-city mobs.

If that isn’t harming society, then what is? 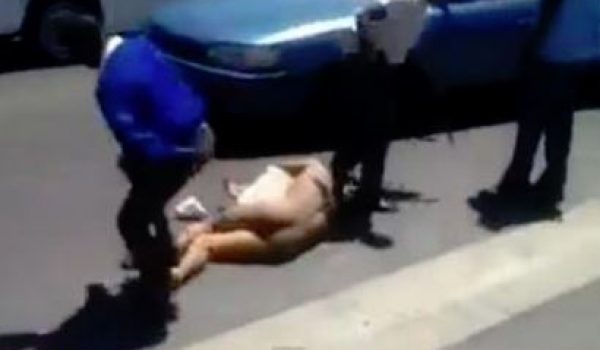