But Bernstein’s faulty reporting was not one of the topics of discussion on the CNN show, which is hosted by Brian Stelter. Instead, Stelter led a panel discussion in which Trump was called a “liar” several times.

Bernstein and CNN reporters Jim Sciutto and Marshall Cohen reported July 27 that Cohen is willing to tell special counsel Robert Mueller that he took part in a meeting in which Donald Trump Jr. told his father about an offer to meet with a group of Russians offering dirt on Hillary Clinton.

According to CNN’s anonymous sources, Cohen said Trump approved of the meeting. The story caused waves, with CNN hosts discussing the story for days. Democrats and Trump critics argued the report was the strongest evidence yet that Trump colluded with Russia. They also noted that Trump and Trump Jr. publicly denied that Trump knew about the meeting until it was reported in the press in July 2017.

But the report was debunked Wednesday after Cohen lawyer Lanny Davis disputed the “mixed up” reporting on the topic.

“So Michael Cohen does not have information that President Trump knew about the Trump Tower meeting with the Russians beforehand or even after?” CNN’s Anderson Cooper asked Davis in an interview.

“No, he does not,” replied Davis, a close ally of the Clintons.

The New York Post reported Friday that after CNN published its initial report, Davis anonymously confirmed to the newspaper that it was accurate. Davis apologized to The Post for providing inaccurate information.

“I should have been more clear. I could not independently confirm the information in the CNN story,” he said.

“I’m sorry that I left that impression. I wasn’t at the meeting. The only person who could confirm that information is my client.”

CNN has avoided addressing its massive error. The network has not corrected or retracted the July 27 story. CNN reporters have not discussed the error on social media, and none of the network’s hosts have discussed the story.

The only mention of the Trump Tower allegation came during Cooper’s interview of Davis.

CNN’s press shop has not responded to several requests for comment. Stelter also did not immediately respond to a request for comment on why he ignored the story on his show on Sunday.

During the show, Stelter opened a discussion of Trump’s “daily stream of misinformation.”

“Carl, I’m kind of at my wit’s end. Help me out here. What are the strategies that are effective when we are bombarded by this daily stream of misinformation?” Stelter asked.

“I think that progressives have done a fine job of pointing out that we have a President of the United States who habitually lies,” said Bernstein.

Bernstein, who is famous for his reporting on Watergate, touted the media and said that reporters’ job is to make “fact-based debate possible.”

“It’s up to us in the press particularly by doing our reporting, our deeper reporting, to make that fact-based debate possible in terms of presenting what the facts are in context and with that, yes, pointing out the president’s lies.”

The Trump Tower story is not the only report about Donald Trump Jr. that CNN has bungled.

The network reported Dec. 8, 2017, that Donald Trump Jr. received an email on Sept. 4, 2016, that contained a link and encryption key to a trove of stolen Democratic emails that were to be provided to Wikileaks. The allegation was significant because Wikileaks did not release that particular trove of documents until Sept. 13, 2016.

But the story fell apart after Trump Jr.’s legal team released the email, which showed that it was sent to Trump Jr. by a random person on Sept. 14, 2016, a day after the documents had been released by Wikileaks.

CNN has still not explained how it messed up the story.

Rep. Al Green (D-Texas) claims Trump ‘does not have to commit a crime to be impeached’
Next Post
A tale of two ideologies: Reaction to a Home Depot worker’s ‘America was never great’ hat 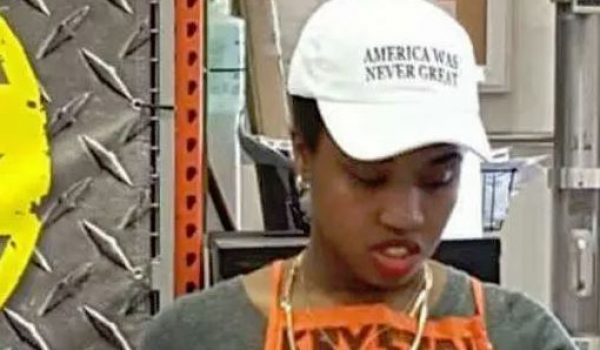