For nearly 20 months, the allegations made in the infamous Steele dossier have hung like a cloud over the Trump administration and several of his former advisers.

The salacious 35-page document has become Exhibit A in President Donald Trump critics’ conspiracy theory that the campaign colluded with the Russian government to influence the 2016 election. Numerous news outlets, pundits and lawmakers have also pushed the theory.

But the dossier arguably suffered its heaviest blow on Wednesday after Clinton-connected lawyer Lanny Davis emphatically denied one of the document’s most intriguing allegations.

Davis said the dossier’s claims that his client, former Trump lawyer Michael Cohen, traveled to Prague in August 2016 as part of a conspiracy with the Kremlin are “100 percent” false. (RELATED: Lanny Davis: Michael Cohen Never Went To Prague, As Dossier Alleges)

Davis’s comments received little attention from the both the mainstream press and the entities that have pushed the dossier.

“We have no comment on Mr. Davis’s statements,” said Matt Mittenhal, a spokesman for BuzzFeed News, which published the dossier on Jan. 10, 2017.

Fusion GPS, the opposition research firm that commissioned the dossier on behalf of former Secretary of State Hillary Clinton’s campaign and the Democratic National Committee, has also not weighed in. Joshua Levy, a lawyer for the firm, did not respond to a request for a response to Davis’ comments.

The DNC did not respond to a request for comment, nor did Marc Elias, the attorney who hired Fusion GPS on behalf of the Clinton campaign and DNC.

McClatchy News, which in April reported that special counsel Robert Mueller has evidence that Cohen did travel to Prague, says that it is sticking by its report. The article, written by reporters Greg Gordon and Peter Stone, breathed new life into the dossier’s claims about Cohen, but it has never been corroborated.

“We stand by our reporting,” said Jeanne Segal, a spokeswoman for McClatchy.

Denials about the dossier’s claims are as old as the salacious document itself.

Then President-elect Trump called the dossier “crap” during a press conference a day after BuzzFeed published the report. Cohen vehemently denied the allegations, as did former Trump campaign adviser Carter Page. Page is alleged in the dossier of being the Trump campaign’s conduit to the Kremlin. Though the allegations remain unverified, the FBI relied heavily on the dossier to obtain four surveillance warrants against Page.

Davis’s statements would seem to add substantial weight to Cohen’s denials, largely because he is far from a Trump supporter.

Davis is close friends with former President Bill and Hillary Clinton. He held an unofficial role as a surrogate for the Clinton campaign, which partnered with the DNC to pay Fusion GPS $1 million for the dossier.

Davis has also made it his mission over the past couple of months to discredit Trump regarding hush money payments to women who claimed to have had affairs with the former real estate mogul. The 74-year-old PR guru gave CNN an audio clip earlier this month of Cohen speaking with Trump about payments to Karen McDougal, a former Playboy playmate who claimed to have an affair with Trump in 2006.

Cohen last publicly disputed the dossier on June 28, when he wrote on Twitter that the “dossier misreports 15 allegations about me.”

“My entire statement must be quoted – I had nothing to do with Russian collusion or meddling!” he said.

It had been unclear if Cohen planned to maintain those denials in the wake of guilty plea earlier this week. But Davis answered the question in a series of interviews on Wednesday.

“Thirteen references to Mr. Cohen are false in the dossier, but he has never been to Prague in his life,” Davis said Wednesday in an interview on Bloomberg.

“Never, never in Prague. Did I make that? Never, never, ever. Ever,” Davis told MSNBC’s Chuck Todd.

“And the reason, just to let your viewers know, what we’re talking about is that the dossier, so-called, mentions his name 14 times, one of which is a meeting with Russians in Prague. Fourteen times false,” he continued.

Davis was even more emphatic in an interview with BBC Newsnight.

“The answer is 100 percent ‘no.’ Never has he ever been in Prague. And the 13 other references to my client in the so-called dossier are false,” Davis said in the interview, pounding the table to underscore each specific denial.

“I told you I’m an Anglophile and you asked me the question I wanted you to ask me” Lanny Davis, Michael Cohen’s lawyer speaks to Evan Davis.@LannyDavis  | @EvanHD | @BBCTwo |  #newsnight pic.twitter.com/gfcI2LBlNj

BuzzFeed and other news outlets ignored Davis’s statements (CNN, The Washington Post, The New York Times, and other major outlets have not picked up the story as of this writing), however, an attorney for another dossier target is weighing in.

Cohen and Gubarev are both mentioned in the 17th and final dossier memo, dated Dec. 13, 2016. The memo alleges that Cohen traveled to Prague to pay hackers for cyber attacks against the Democratic National Committee.

“The special counsel indicted the people involved in the hacking and those people aren’t our clients. We may never know precisely how Gubarev, Webzilla, and XBT ended up in the Dossier, but we do know that after more than a year of trying, Buzzfeed has no evidence to support the allegations that they published about them,” Fray-Witzer told The Daily Caller News Foundation. 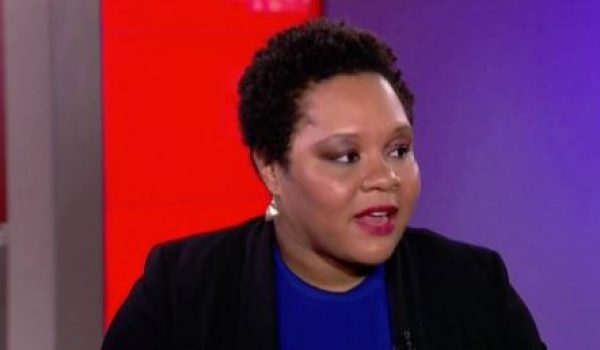 MSNBC contributor: If teachers in school are armed, they might shoot minority students
Next Post
We face the ‘Mother of all Midterms’ – and ‘impeachment’ is its father