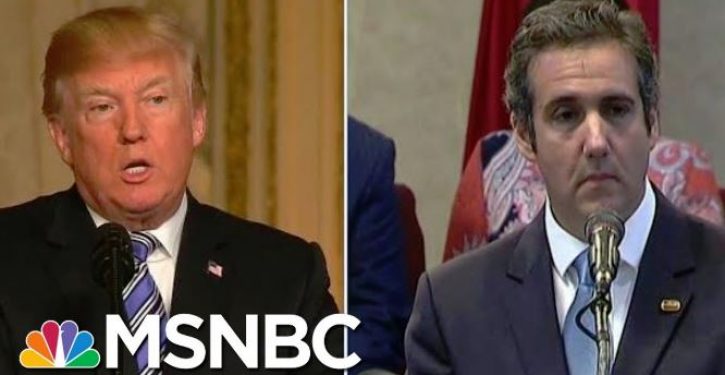 The story of former Trump attorney Michael Cohen’s guilty plea to eight criminal counts, including excessive campaign contributions, is not quite 24 hours old. The full implications have not yet been realized, yet the Left is already taking a victory lap.

Democrats are positively salivating over the announcement by long time Clinton buddy Lanny Davis, who is Cohen’s attorney, that his client is willing to tell Mueller about the “conspiracy to collude.”  New York Times “conservative” Brett Stephens reacted to the news by tweeting out:

I’ve been skeptical about the wisdom and merit of impeachment. Cohen’s guilty plea changes that. The president is clearly guilty of high crimes and misdemeanors. He should resign his office or be impeached and removed from office. https://t.co/N23Z6vlfZa

But an article in the Wall Street Journal, Stephens’s previous employer, suggests the celebrating may be a little premature. The author is Bradley A. Smith, better known inside the Beltway as former chairman of the Federal Election Commission (FEC).

According to Smith, payments made to silence people with potentially damaging information on a political candidate can’t be classified as a campaign contribution. “Not everything that might benefit a candidate is a campaign expense,” he writes.

Standing back from the events of the last fifteen months, which is when the Mueller probe began, it is looking increasingly like an investigation in search of a wrongdoing. The Manafort conviction, which was also announced yesterday, was for crimes that predate his relationship with the Trump campaign and thus have no bearing on the Russia probe.

The crimes to which Cohen have pleaded guilty moreover, even if they can be classified as campaign finance violations, are the sorts of malfeasance that usually result in a fine, not prison.

As an example, consider a case from the past in which a presidential campaign was assessed $375,000 by the FEC for violating federal disclosure laws. An audit of the candidate’s records revealed that his campaign failed to disclose millions of dollars in contributions and dragged its feet in refunding millions more in excess contributions. The fine was one of the largest ever levied by the FEC.

The candidate? Barack Obama. If you don’t recall hearing about it, it’s because the story was relegated to the B section of major newspapers. The only reason the Cohen story is trending all over the infosphere is that it involves a president the media don’t like. 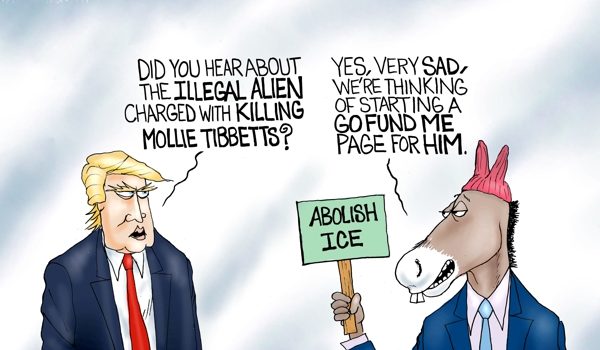 Cartoon of the Day: Base player
Next Post
This is sobering: Molly Tibbetts’s killer was employed by a prominent Iowa GOP official 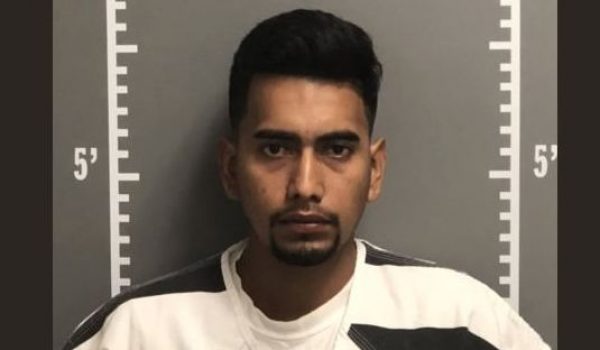