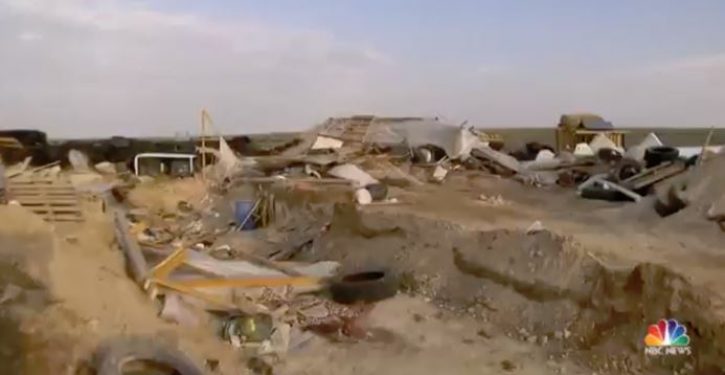 All that remains of the compound is rubble (Image: NBC video screen grab)

The above headline, which appears in one form or another at virtually every media outlet, raises a question no one seems to have an answer for. And that is “Who mysteriously destroyed it?”

We know that the compound is (was?) being considered a crime scene. We also know that crime scenes are routinely preserved intact by one or another law enforcement agency as a means of preserving evidence. Which raises another question: “How was this permitted to happen?”

Virtual Albuquerque station KOB reports that Jason Bader, the owner of the property where the compound stood, received a court order allowing the “seizure of a stolen trailer that made up part of the compound.” But who requested the court order and where was this major piece of evidence taken?

Other new developments pertaining to the case include the positive identification of the remains of a young boy found in a tunnel on the compound to be those of terror suspect Siraj Ibn Wahhaj’s 3-year-old son. According to Reuters, the child “died in a ritual to ‘cast out demonic spirits,’ but his extended family believed he would ‘return as Jesus’ to identify ‘corrupt’ targets for them to attack, prosecutors said in court on Monday.”

As noted yesterday, one of the suspects, all of whom were released on a $20,000 “signature bond” by District Court Judge Sarah Backus, is an illegal alien who overstayed a visa granted to her 20 years ago. 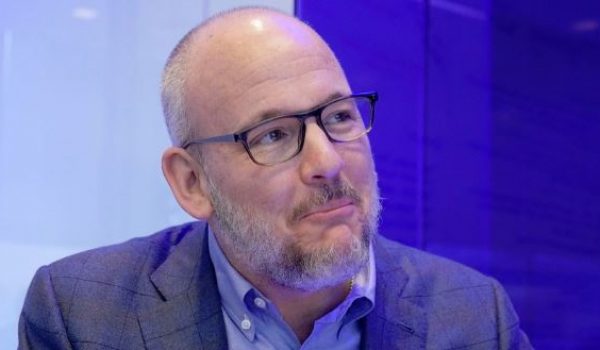 MSNBC commentator: 10% of Republicans would support Trump ‘killing their parents’
Next Post
How did a suspected ISIS hit man end up in the U.S. as a refugee? It’s painfully simple