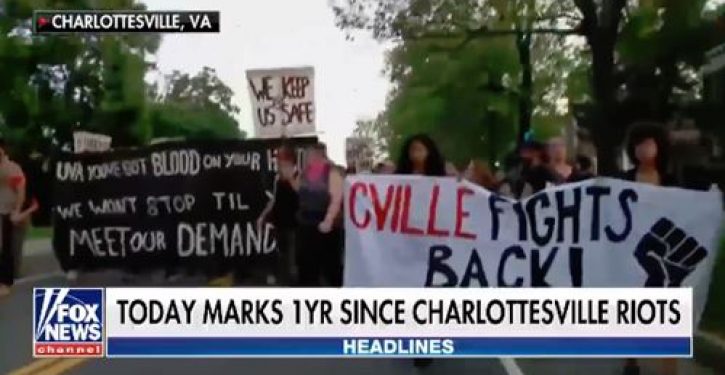 What happens when you prepare for a fight, and your opponent doesn’t show up? What you don’t do is let a non-crisis go to waste.

That’s precisely what Antifa protesters did on the one-year anniversary of their violent clash with white supremacists rallying in Charlottesville, Va. When no white nationalists materialized to give them an excuse for behaving bestially, they made do with whomever was around.

They planned to protest the police and brought signs to that effect. But static signs calling the men in blue “racist” wasn’t enough for some members of the crowd, who also marched chanting, “All cops are racist, you better face it.”

“All cops are racist, you better face it”pic.twitter.com/freoEjF2Zk

They also descended on news crews with video cameras, thereby whom they viewed as posing the threat of unwanted exposure of members of the group:

Yeah. We’re getting a lot of this. Protesters trying to grab our camera. #Charlotsville https://t.co/xIWLXPdkLt

Of all the protesters’ actions, perhaps the most egregious was shutting down a hospital.

#BREAKING: UVA Medical Center is on lockdown. According to an emergency alert, all employees there are to remain inside. 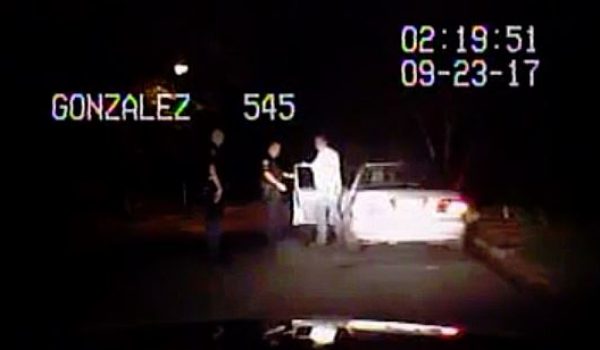