Yesterday we informed you that Alexandra Ocasio-Cortez is now in the endorsing business. In particular, the Democratic Socialist is bullish on Ilhan Omar, a Somali immigrant running for a seat in Congress. Ocasio-Cortez calls her a “modern day hero.”

Apparently Omar isn’t so modern that she’s above tying the knot with a man reported to be a blood relative (which, nota bene, is illegal in the state of Minnesota).

Not to mention, Omar has not yet officially dissolved her marriage to “brother” Ahmed Nur Said Elmi but in the meantime married another man, which also makes her a bigamist.

The reason for the marriage to Elmi apparently is also believed to be to gain Elmi entry into the United States, which may amount to crime number 3.

If Omar wins the Democratic primary (she is currently the frontrunner), she is almost certain to be elected to Congress, since she will be running unopposed to fill the seat vacated by fellow Muslim Keith Ellison, who is running for Minnesota Attorney General.

Now that the story of her multiple marriages has gone public, however, Omar may instead be facing up to 5 years in prison on the bigamy charge alone. Add several counts of fraud, and it could be many years before Omar again enjoys the freedom she came to America to exploit.

[Ed. – The Star Tribune has been attempting debunk this story for two years, which was first exposed by Powerline, so far unsuccessfully. The paper notes that Omar’s campaign has dismissed the allegations that she is married to two men and that one is her brother as “ridiculous and false.” However, the paper admits that the facts are cloudy, writing:

Hennepin County records show Omar applied for a marriage license in 2002 but never used it. It was not immediately known whom she planned to marry. Seven years later, Omar married Ahmed Nur Said Elmi in Eden Prairie, according to their marriage record. Elmi could not be reached for comment. Minnesota courts have no records of Omar and Elmi filing for divorce.

Since the story was filed, Omar released a statement of her own meant to clarify “questions about her marital status and finally put the matter to rest”:

In 2002, when I was 19 years old, Ahmed Hirsi (whose name before he received citizenship was Ahmed Aden), the father of my children and love of my life, and I, applied for a marriage license, but we never finalized the application and thus were never legally married. In 2008, we decided to end our relationship in our faith tradition after reaching an impasse in our life together.

Since 2011, I am happy to say that I have reconciled with Ahmed Hirsi, we have married in our faith tradition and are raising our family together. Like all families, we have had our ups and downs but we are proud to have come through it together.

If nothing else, the statement confirms she is married to two men simultaneously since she has “yet to legally divorce Ahmed Nur Said Elmi” but in the meantime has married Ahmed Hirsi “in our faith tradition.”] 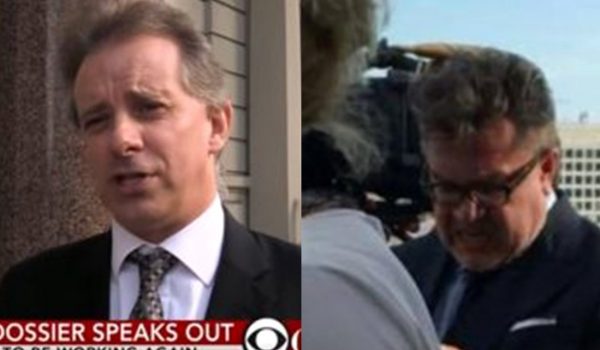