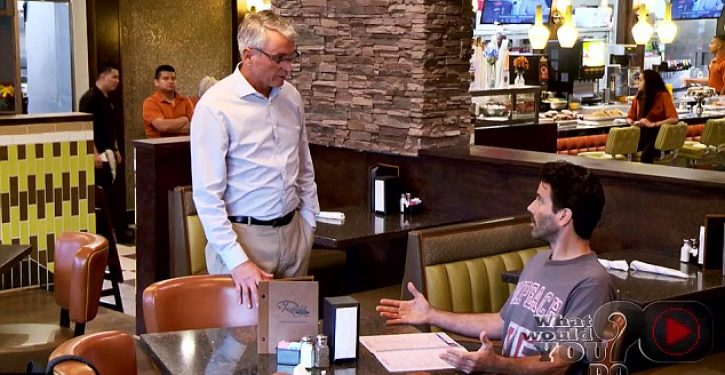 According to the Daily Mail, ABC is devoting a segment of its hidden camera series “What Would You Do?” to the no-longer-uncommon experience of people being hectored in a restaurant because of the political views they hold.

Based on the description, you might expect that the show includes clips of Press Secretary Sarah Sanders being ejected from the Red Hen in Virginia or of a flash mob harassing Homeland Security Secretary Kristjen Nielsen as she died at a Mexican restaurant in D.C. But you’d be wrong.

Instead of using actual footage of these and other actual incidents in which restaurant patrons were bullied and, in one case, physically assaulted because of their political leanings, ABC hired actors to dramatize the experience using actors.

But that’s not the only difference. According to the network’s press release for tonight’s tonight’s show, the actor playing the customer shows up twice at the café. The first time he is wearing “Make America Great Again” hat. The second time, he wears an “Impeach 45” t-shirt.

When the man shows up in the t-shirt, the manager tells him, “As long as you’re wearing that shirt, we won’t serve you. He won the election, let him do his job.” The “customer” protests, insisting he is entitled to his own opinion.

It is at this point that real customers chime in, one urging the manager to “call the police.”

I’m not sure why the network decided on two versions of the scenario. Maybe it is trying to take an “equal time” approach — show that people on both sides of the political spectrum can behave like jerks. If so ABC should be advised that so far the victim in these incidents has always been a Trump supporter. 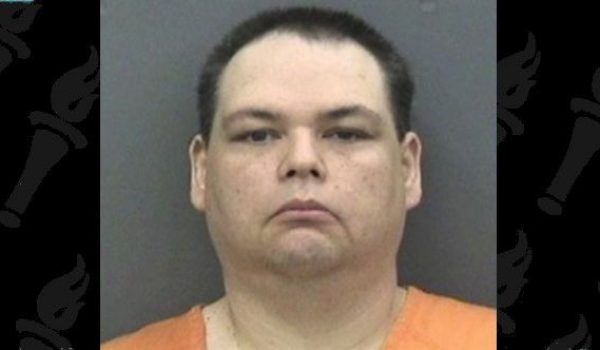 Another violent attack by a Democrat on a political opponent: This time shots were fired
Next Post
U.S. requires Chinese firm to shed some of the Chinese-held real estate near Trump Tower