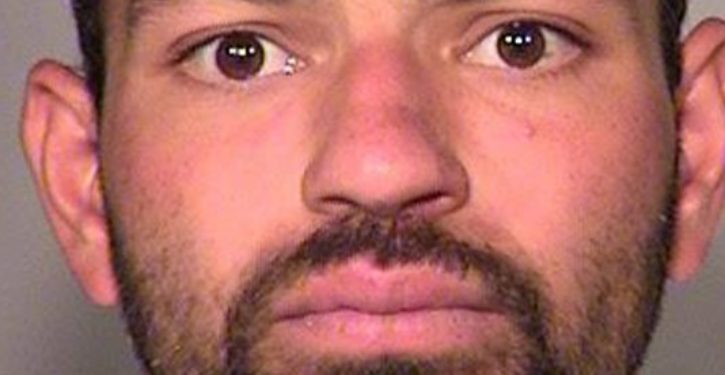 Think of it as an “enhancement” to his violent crimes. Sergio Jose Martinez, who was sentenced last December for sexually assaulting two women on the same day, one of 65 years old, just has an additional seven years and eight months added on. Unfortunately, the sentence will run concurrently with the 35-year sentence he is already serving.

The new sentence is for illegally entering the United States — something that Martinez has plenty of practice at, having been deported 20 times. This time, he’ll get his wish — he’ll get to stay in the U.S. — though doing hard labor in a state penitentiary is probably not what he has in mind.

Not everyone is happy about the new development in Martinez’s life. He committed his crimes in Portland, Ore., and since Oregon is a sanctuary state, liberals there are outraged. According to The Oregonian, the sentence enhancement “highlighted an ongoing dispute between local authorities and immigration agents about when to share information on immigrants held in jail.”

Mat dos Santos, legal director of the ACLU of Oregon, said in a prepared statement:

The point dos Santos seems to be missing is that any crime committed by a person who has no right to be here is one crime too many. What is more, Martinez had been arrested for a series of lesser crimes. Each time, the county jail system failed to alert ICE, which had placed a detainer on him. In a sense, the people who made those decisions share some complicity for the felonies Martinez went on to commit.

The article notes that after he has served his time, Martinez will be deported again, this time for good, one hopes. Maybe spending half his life in prison will sour him to the country.