Polls show most Americans think their country is on the wrong track. And fiscally, it is. Our two political parties are both pandering to voters with policies that could eventually bankrupt the country.

In 2017, Congress, with GOP backing, enacted a tax cut that reduced both corporate tax rates and individual income taxes, increasing the size of the budget deficit, which was already predicted to reach $800 billion. Some reduction in the corporate tax rate was needed to keep companies (and jobs) from going overseas, but the tax rate was cut more than needed, below the 25% rate needed to prevent most such moves. And the individual tax cuts were completely unnecessary, since American tax rates are not high by world standards, and most Americans have never had a better living standard than they have today.

In February 2018, a bipartisan deal was reached by Congressional leaders to increase both military and domestic spending. As Jerome Woehrle noted back in February, this spending deal took America in “precisely the wrong direction,” since domestic spending is already too high, and Pentagon spending includes a great deal of waste. But people like Senate Minority Leader Charles Schumer (D-NY) were jubilant about the deal. (Here is a list of some wasteful spending that could have been cut instead).

The net result of the tax cuts and spending increases is that the deficit in 2019 is now predicted to reach over $1 trillion. But in a growing economy, American should be running a balanced budget or surplus, not a deficit. Even under economic theories that justify deficit spending — such as Keynesianism — a government is only supposed to run a deficit during a weak economy, not a strong economy such as the current one.

As profligate and irresponsible as the current Congress has been, Democratic political operatives want it to be even more irresponsible. Ronald Klain, the Chief of Staff to Joe Biden and Al Gore, says that there should be “universal health care,” “a $15 minimum wage,” free “college,” “child care & paid fam leave,” and lots of other new entitlements. This would more than double the budget deficit, even if marginal tax rates on the rich were increased to the level that Democrats have proposed. The Democrats have previously proposed canceling the 2017 tax cuts for wealthy people, and spending the increased revenue on programs unrelated to the ones Klain wants, so there won’t be any money left over from canceling the tax cuts to pay for the additional cost items on his wish list.

Universal health care costs a lot. So do the other things on the Democrats’ wish lists. Proposals for single-payer healthcare in Vermont and California have failed to reach fruition because they would more than double state spending and taxes, according to economic analysts. European health care systems cost taxpayers a lot — including working class people — to pay for them. For example, my wife’s native France has a 20% sales tax (value added tax), compared to 8% or less in sales taxes in most of the United States. Some states, like Montana and Oregon, have no sales tax at all.

The burden of universal health care is thus paid for overwhelmingly by working-class and middle-class people, not rich people. European tax systems are thus usually less progressive, overall, than America’s. You just can’t squeeze enough revenue out of a few rich people to pay for universal health care. It requires taxes on the middle class, too. And the benefits are generally underwhelming.

France has perhaps the best universal health care system of any major country, but in major areas such as cancer care and heart surgery, it is still inferior to the United States. (French people live slightly longer than we do, but that is because they are less obese and have healthier lifestyles. After Obamacare went into effect, and federal healthcare spending and regulation increased, American life expectancy actually fell). And, like virtually all “universal” systems, France’s system is not truly universal, containing gaps in areas such as vision and dental coverage. When one of my wife’s French relatives broke his jaw, devastating his teeth, his French health insurance would not pay the dentist the $25,000 cost of the needed surgeries and dental work. Who paid for it? Our family took up a collection. The largest contributor was my twin brother, an American investment banker, who ponied up $15,000. So, basically, America paid for the treatment needed by this Frenchman, not France’s “universal” healthcare system. 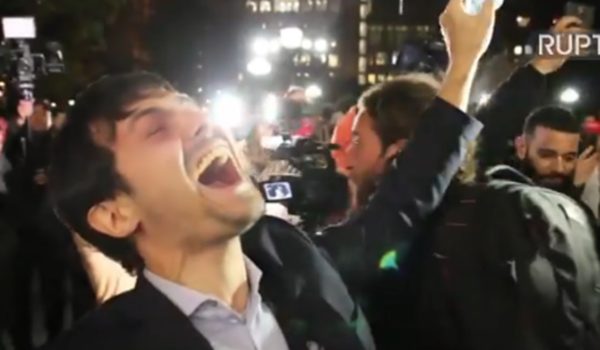