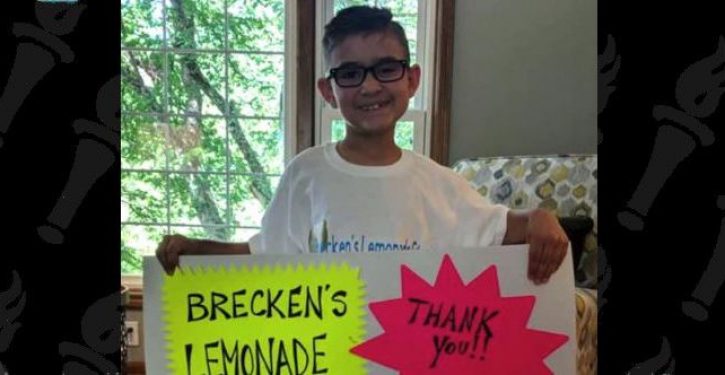 Usually when stories have the phrase lemonade stand in their title, they are the sorts of things that make you want to pull your hair out. They are generally morality plays involving bloated bureaucracies with nothing better to do than roust children looking to an earn an honest buck in a time-honored summer tradition by telling the little ones they are violating some ordinance or need a business license to continue.

This story is different. As Fox4kc tells it, 8-year-old Brecken Simmons wasn’t seeking to turn a profit when he opened a lemonade stand outside his house in Blue Springs, Mo. In fact, he wasn’t planning on keeping the proceeds at all, though it’s not because of his lack of business acumen. “We get lots of cars on this road, and lots of cars drive on Duncan,” he explained to reporters.

So what is young Brecken doing with the income from his business? He plans to use it to benefit the Blue Springs Police Department. “It’s a good thing to do,” he is quoted as saying “because they’ll stop what they’re doing and come out to help people if they’re in serious trouble.”

Reporters sought out a reaction from the Blue Springs police. Here is what Officer Jacoba Jacobsen had to say:

I fully expect this from a kid like Breken. Doing something for the community and doing something to help others. I think it’s a great way to show other children in the community that they can make a difference by giving out some good will. Doing it with just a glass of lemonade is a great way to show that we all can band together and enjoy some positivity in our life.

A modest proposal: Why don’t self-described socialists work for free?
Next Post
Philadelphia to deny ICE access to its arrest database 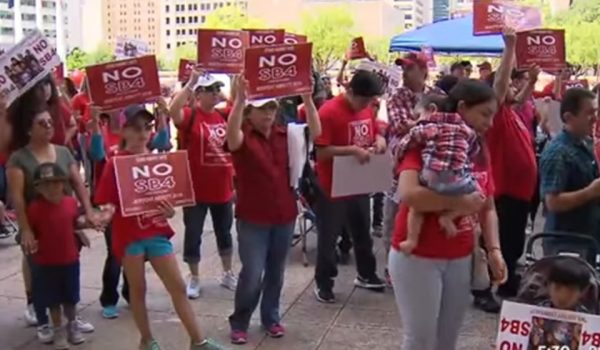