China, rather than Russia, is the “most significant” long-term threat to the United States, FBI Director Christopher Wray said Wednesday.

During an interview with NBC’s Lester Holt at the Aspen Ideas Forum, Wray said that the FBI has economic espionage investigations in all 50 states that trace back to Chinese activity.

“It covers everything from corn seeds in Iowa to wind turbines in Massachusetts and everything in between,” said Wray.

Most of the forum focused on the FBI’s investigation of Russia’s meddling in the 2016 presidential election and in other arenas. Wray’s appearance comes in the wake of two significant indictments in Russia-related investigations. (RELATED: Trump Fights Back Against China By Limiting Chinese Student Visas)

Wray acknowledged the seriousness of the Russian threat, saying that the U.S. has to deal with it “very aggressively.”

“There are certainly other countries that…have their own ways of influencing our public opinion, our politicians, our business community. But there’s no question that Russia has been by far the most aggressive actor in the space we’re talking about right now,” he said of Russia’s campaign-related efforts.

But China is “trying to position itself as the sole dominant superpower,” said Wray. “They’re trying to replace the United States in that role.”

“I think China from a counterintelligence perspective represents in many ways represents the broadest, most challenging, most significant threat we face as a country,” he added.

He said that China’s espionage activities are “a whole of state effort” that involves “economic espionage as well as traditional espionage” and “human sources as well as cyber means.”

“The volume of it, the pervasive of it, the significance of it, is something that I think this country cannot underestimate,” he said. 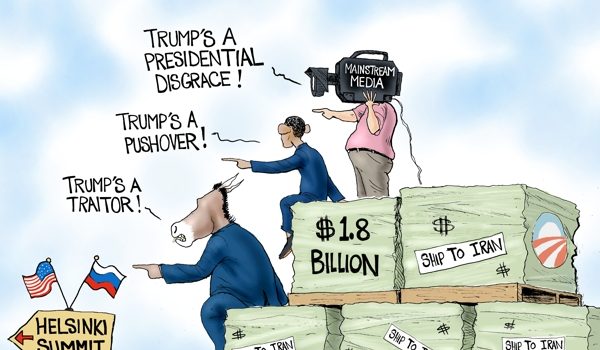 Cartoon of the Day: Not-so-cheap seats
Next Post
San Francisco has begun registering non-citizens, including illegal aliens, to vote