The motto of Planet Fitness is “Judgement [sic] Free Zone,” but the health club chain was pretty judgmental in its treatment of a rape survivor who refused to share the women’s locker room with a biological male who was “transitioning” to a woman, according to LifeSite.

The biological woman, who was banned from the facility, is identified in a lawsuit she is filing against the club only as “Mrs. H.” The defendant in the suit goes by the name of Jordan “Ivy” Rice.

In the suit, filed on Mrs. H’s behalf by Liberty Counsel (LC), a national litigation, education, and public policy organization with an emphasis on civil liberties and the First Amendment, is calling on Planet Fitness to “immediately reinstate Mrs. H’s membership, and make changes to its membership and locker room policies to prevent blatant sex-based harassment by males in the women’s lockers and restrooms.”

One factor that makes the case different from previous ones is that Rice demonstrated what might best be described as “attitude”:

Mrs. H. is the survivor of an attempted rape, and as such, is keenly aware of and sensitive to men in places where they do not have a legitimate purpose, and where she and other women are in a position of vulnerability. …

Mrs. H. entered, and noticed him. She was disturbed by his presence, politely confronted him and asked him to leave the women’s locker room. Instead, he smirked back at her, and continued to stare at her, remaining standing in front of the mirror “applying makeup,” where he had a full view of every single woman entering or exiting the shower area and every single locker, Mrs. H.’s locker, which was directly behind him within three (3) feet.

When Mr. Rice refused to leave, Mrs. H. herself left to give him time to finish what he was doing, so she could use the restroom in privacy. Mr. Rice remained there for at least an hour, “applying makeup,” to intentionally deny Mrs. H. the privacy she desired. He was observed to have entered and exited the locker room, wearing the same clothes, and had not showered or changed. Despite a male employee observing that Mr. Rice’s behavior was “over the top,” staff did not intervene and ask him to finish his business, but permitted him to monopolize the women’s locker room. This impeded Mrs. H.’s rightful use of the women’s locker room.

Although it’s hard to imagine things getting even cheekier, they do. After he finished primping himself, Rice called the police to complain he had been “sexually harassed.”

According to LC, “the Florida Civil Rights Act prohibits discrimination based on religion and biological “sex” in places of public accommodation.” As written, the law affords Rice no grounds for claiming he was discriminated against. 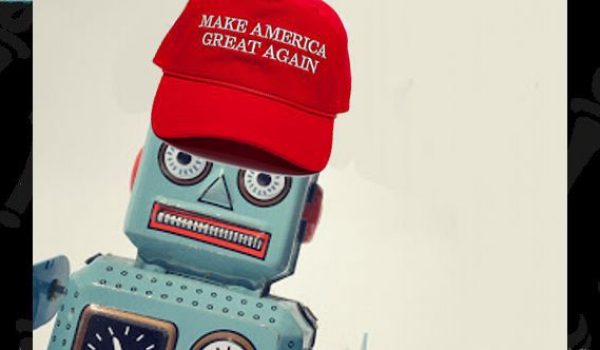 CNN’s latest claim: Movement to #WalkAway from Democratic Party is a Russian bot campaign
Next Post
Cartoon of the Day: Miss me nyet? 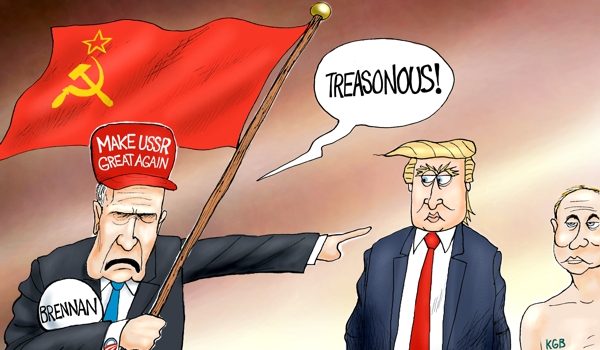