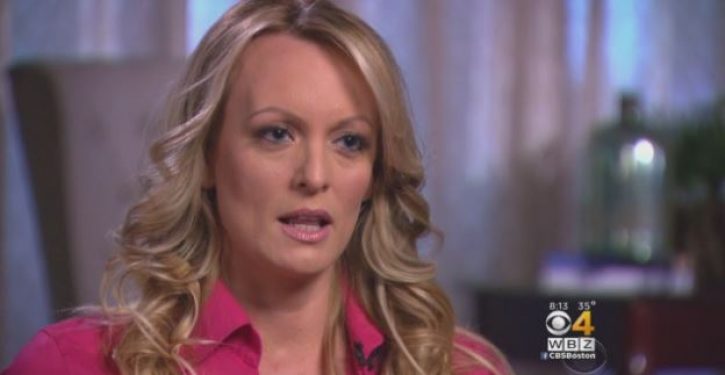 Her attorney, Michelangelo — er, Michael — Avenatti immediately saw Donald Trump’s fingerprints all over the arrest, calling it a politically-motivated “setup” that “reeks of desperation.”

“We will fight all bogus charges,” he said.

Just rcvd word that my client @StormyDaniels was arrested in Columbus Ohio whole performing the same act she has performed across the nation at nearly a hundred strip clubs. This was a setup & politically motivated. It reeks of desperation. We will fight all bogus charges. #Basta

CBS News explains the law behind the crime Daniels has been charged with.

An Ohio law known as the Community Defense Act bars any non-family members from touching a nude or semi-nude dancer, according to The Associated Press.

Avenatti told the AP the arrest was “a set up.” He told WBNS he has “reason to believe it was politically motivated. There’s no question these officers were undercover at that strip club. They knew my client would be performing there and I find this to be a complete waste of resources.”

The station cites an arrest report as saying Daniels began dancing around 11:30 Wednesday night. During her performance, officers in the club said they witnessed Daniels using her bare breasts to smack patrons. The officers also said they observed Daniels fondling the breasts of female patrons.

Furthermore, the CBS report — citing court documents — says that when officers approached the stage, “Daniels held the face of the female officer between her breasts. It also says she did the same to a male officer. The report adds that Daniels fondled the buttocks and breasts of another officer. At that point, court documents state that a fourth officer exited the club to request assistance to make an arrest.”

Columbus CBS affiliate WBNS got video of what appears to be a handcuffed Daniels being led into a holding facility:

According to the reports, Sirens Adult Entertainment Club, the club where the arrest took place, wouldn’t comment on the incident.

Here’s a video report from WTHR:

Here’s the police affidavit as posted by Byron York:

Kathy Griffin: ‘Trump will drop to his knees and blow’ Turkey’s president
Next Post
Cartoon of the Day: By the book 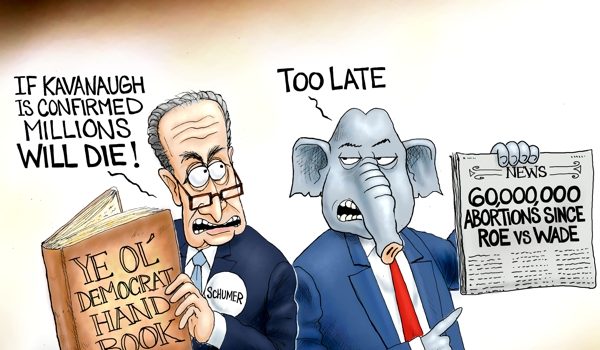