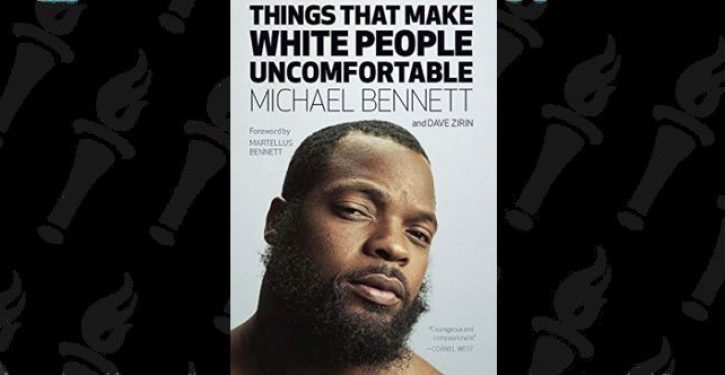 If the name Michael Bennett fails to ring a bell, here’s a quick refresher course. Bennett is a defensive end for the Philadelphia Eagles. He has been in the NFL since 2009, when he signed with the Seattle Seahawks as an undrafted free agent. This coming season he will earn a base salary of $1,650,000 and a roster bonus of $4,000,000.

In March, he was indicted by grand jury for injuries he caused to a 66-year-old paraplegic working at last year’s Super Bowl whom he shoved after she told him he needed to use a different entrance to the field. According to a police chief who was present when Bennett shoved the victim, he told her, “F*ck you” and “Y’all must know who I am, and I could own this motherf*cker. I’m going onto the field whether you like it or not.”

Defenders of Bennett argued that he was targeted as a result of his race and his social-justice activism — this despite the fact his victim was black.

Recently, Bennett came out with a book, titled “Things that Make White People Uncomfortable.” He wrote in conjunction with sportswriter Dave Zinn, who recently equated children detained at border with “kids in concentration camps.”

Michael Bennett is a Super Bowl Champion, a three-time Pro Bowl defensive end, a fearless activist, a feminist, a grassroots philanthropist, an organizer, and a change maker. He’s also one of the most scathingly humorous athletes on the planet, and he wants to make you uncomfortable.

The clear indication seems to be that only white people will have any interest in reading the book.

During an interview last month that aired on Seattle’s NPR station, Bennett shared some of the views he holds that prompted him to take a knee during the playing of the national anthem and raise a black power salute on field, at one point saying:

I’ll be a football player for just a few more years but I’ll be black forever. When I’m driving with my family down the street in a nice car in a nice neighborhood and the police see us, they don’t see Michael Bennett the college graduate, the husband or the loving father. … They immediately see a black man who could possibly be dangerous.

Interesting in light of this that he should choose the title for his book that he has chosen. 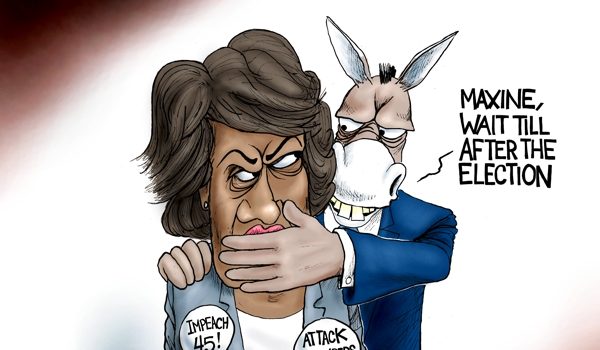