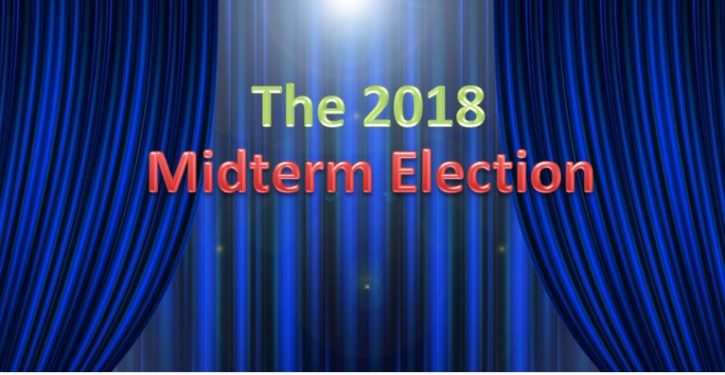 Democrats’ advantage over Republicans going into November’s midterm election has narrowed to four points, according to a poll conducted shortly after the peak of the family separation crisis at the southern border.

More than 36% of those surveyed in a CBS poll published Sunday said they want to see Republicans maintain control of Congress in 2018. Another 40% of those surveyed told pollsters they prefer to see Democrats come out ahead on Election Day.

The numbers are surprising considering the significant outcry against President Donald Trump’s zero tolerance policy, which resulted in the separation of families seeking illegal entry across the border. Nearly 73% of Americans oppose splitting up children from parents as a form of deterrence, the poll notes.

Democrats’ advantage in the generic ballot has continued to tumble throughout the year. Their advantage has dipped from a 10-point advantage they had heading into June, according to an NBC poll conducted at the time, which also showed 50% of registered voters wanting a Democratic-controlled Congress.

CBS’s poll, which sampled 2,063 adults between June 21-22, 2018 and has a margin of error of 2.6%, also shows there are a significant number of Trump supporters who opposed the zero-tolerance policy but did not hold the president responsible. The results also suggest voters are compartmentalizing the issue.

Many voters, for instance, place blame for the separations on the parents for bringing their children into the U.S. illegally. (RELATED: Poll Shows Dems Are Losing Steam Heading Into November Elections)

About half of voters believe parents are mostly to blame, the poll notes, which rises to roughly eight in 10 among Republicans. CBS also found that voters in Texas, Florida and Arizona, all of which are important states for Democrats in the midterms, believe Hispanic illegal and legal immigrants have had a negative effect on their lives.

Nearly four in 10 say immigrants from Mexico and South America have made life worse, compared to a lower 33% among voters across the country. Republicans are particularly likely to say immigrants have negatively impacted their state.

Gun control has also affected Democrats advantage since January, The Washington Post noted in poll in April. The gap between support for the two parties in House races has narrowed considerably since the gun control debate became a raging issue after the Florida school shooting at Marjory Stoneman Douglas High School in February.