Smith exposes the Left’s celebration and exploitation of students in order to advance so-called common sense gun control. “#Duped: How The Anti-Gun Lobby Exploits The Parkland School Shooting — And How Gun Owners Can Fight Back” deconstructs the progressive narrative and illustrates how advocates use children to promulgate an agenda that is so unpalatable they have failed to otherwise enact.

From a political standpoint, children are ideal carriers of messages because they are unassailable, particularly if they have a direct connection to a tragedy. For the gun control movement, children represent a win-win-win. They are sympathetic, they are beyond reproach, and they cannot be challenged by anyone. These factors make children ripe for exploitation and explain why we see so many of them in the media today promoting gun control.”

“#Duped” exposes not just why the anti-gun movement uses children, but also how. Using correspondence within the Obama administration, Smith highlights the parallels between the left’s response to both the Sandy Hook massacre and the Parkland shooting.

“You never want a serious crisis to go to waste,” Rahm Emanuel, former President Barack Obama’s chief of staff once famously said. “And what I mean by that is an opportunity to do things you think you could not do before.”

The tactic has been the same for years. It’s a “repackaging of the same old gun coalition. The messenger is new, but the message is old,” Smith writes.

Smith dives deep into seven common myths about firearms, myths that Hogg helped propagate. Touching on everything from “it’s too easy to buy a gun” to “the Second Amendment doesn’t apply to modern America.”

“You have a choice to make in the battle for gun rights. You can listen to David Hogg and his fellow Parkland survivors. … But they are wrong,” he writes.

“At some point you must explain why the particular set of actions you call for will solve the problems you’ve identified. And on that front, the gun grabbers fail. If you want to listen to them, that’s your choice. Just remember, their plan is to take away your right and ability to defend yourself and your family. And once you have given away this right, you will never get it back.” 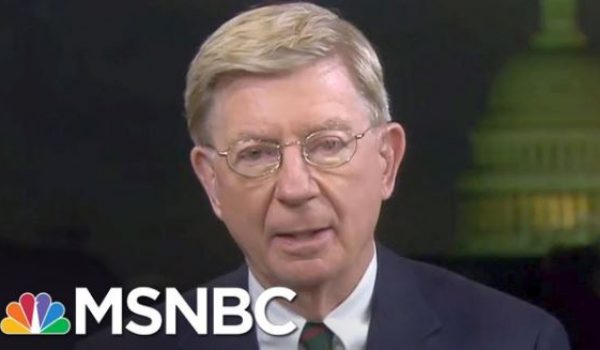 George F. Will, hopes for a Democratic Congress, advises ‘voting against GOP this November’
Next Post
Welcome to the next circle of journalistic hell: Yes, the story is fake but we’re not killing it