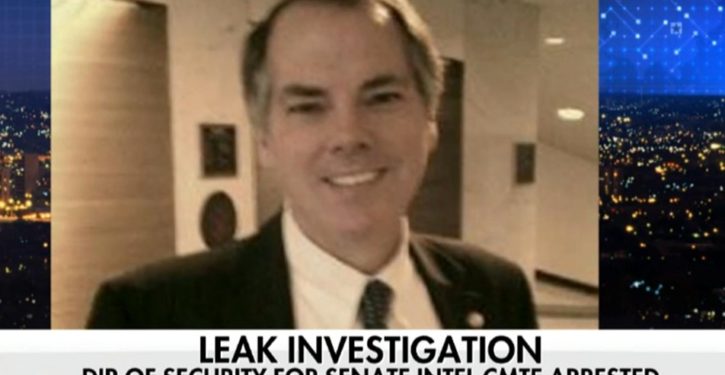 This seemed to come out of the blue late on Thursday, 7 June, and only the bones of it are known from the early reports.

But it looks to be clearly related to the Russiagate inquiry.

The FBI has arrested the Senate Intelligence Committee’s former director of security, James A. Wolfe, on charges of “lying repeatedly to investigators” about his contacts with reporters.  The charges apparently arise from an ongoing investigation of classified leaks, although it isn’t reported what case or cases the investigation may relate to.

That said, the New York Times report indicates that phone and email records for reporter Ali Watkins were also “seized” (presumably by the Department of Justice or FBI) in conjunction with the investigation that led to Wolfe’s arrest.

The data in question came from a period before Ms. Watkins moved to the New York Times, which occurred in late 2017.  Before that, she was working as a national security correspondent for Politico, and shortly before that, for BuzzFeed.  According to NYT:

A prosecutor notified Ms. Watkins on Feb. 13 that the Justice Department had years of customer records and subscriber information from telecommunications companies, including Google and Verizon, for two email accounts and a phone number of hers. Investigators did not obtain the content of the messages themselves. The Times learned on Thursday of the letter, which came from the national security division of the United States attorney’s office in Washington.

The reporting language is inexplicit here, but it sounds as if Watkins’ electronic information was recovered under a national security letter targeting Wolfe.  That conclusion is bolstered by the archive of her articles at BuzzFeed, which include a number of pieces from 2017 on Russiagate – as well as other topics – some involving Senate inquiries.

Ms. Watkins denies that Wolfe was a source for her reporting.  The charges against Wolfe mention three reporters (see below), but only Watkins’ name is included in the NYT or Fox report.  Wolfe and Watkins are said to have had a three-year “romantic relationship,” apparently including the time Watkins was with BuzzFeed (and possibly Politico; again, that’s not fully clear).

James Wolfe, 58, retired in May 2018, and reportedly ceased performing committee duties in December 2017, presumably to go on terminal leave.  NYT describes him as a former Army intelligence analyst, stating that his career with the Senate committee spanned nearly 30 years.

You can read the rest of the boilerplate at the news reports.  Here, however, is the indictment of James Wolfe.  (He is due in federal court on Friday, 8 June.)

The indictment refers to the three reporters as #1, #2, and #3.  The profile of #2 matches Ali Watkins – including the massive extent of her communications with Wolfe indicating their personal relationship.

On page 3, the indictment mentions news reporting on a subject called “MALE-1,” on whom classified information had been provided to the Senate Intelligence committee.  Wolfe was asked if he had had contact with any of the three reporters involved in that reporting.

c. During the interview, FBI agents showed WOLFE a copy of a news article authored by three reporters, including REPORTER #1, about an individual (referred to herein as “MALE-1), that contained classified information that had been provided to the SSCI by the Executive Branch for official purposes.

d. Question 9 of the Investigative Questionnaire asked “Have you had any contact with” any of those three reporters. As to each reporter, WOLFE stated and checked “No.”

The FBI went on to confront Wolfe with his connections to the reporters, including “REPORTER #2.”  Then, on page 6, the indictment clears up for us who MALE-1 is, by citing an article about him written by REPORTER #2, Ali Watkins.

On or about April 3, 2017, a news organization published an online article, under REPORTER #2’s byline, that revealed the identity of MALE-1.

a. On or about that same date, both before and after the online news article was published, WOLFE and REPORTER #2 exchanged approximately 124 electronic communications.

b. Approximately 20 minutes after the online news article was published, WOLFE and REPORTER #2 had a cellphone call that lasted 7 minutes.

The article in question was Ali Watkins’ BuzzFeed piece that day about Carter Page.

In or around December 2017, but before being interviewed by the FBI, WOLFE sent a text message to REPORTER #2 that included the following: “I’ve watched your career take off even before you ever had a career in journalism. . . . I always tried to give you as much information that I could and to do the right thing with it so you could get that scoop before anyone else . . . . I always enjoyed the way that you would pursue a story, like nobody else was doing in my hallway. I felt like I was part of your excitement and was always very supportive of your career and the tenacity that you exhibited to chase down a good story.”

The Senate voted quietly on Wednesday to cooperate with the DOJ on the leaks investigation:

James Wolfe is not a big fish, and it’s unclear if he will lead to any.  But the potential information here is that the Jeff Sessions DOJ feels confident to start moving forward on things it has been quietly investigating for some time.

It’s much bigger news in our nation’s capital tonight that the Capitals have just won the Stanley Cup.  (For which congratulations!)

Somewhere in the middle is the news that the release date for the long-awaited DOJ IG report is now scheduled for 14 June – which will be Trump’s 72nd birthday.

But the arrest of James Wolfe could be big too – if it means what it looks like it might.

Immediate *UPDATE*: Blogger/journalist Patrick Poole has already uncovered old tweets from Ali Watkins that show she was (apparently falsely) attributing information she got from Wolfe to “Trumpster lawyers.”  In other words, she seems to have been spinning a false narrative about the leaks.

So @AliWatkins was deliberately (and falsely) blaming “Trumpster lawyers” for SSCI leaks she knew was coming from her lover and source. Wonder if there will be comment on that from her colleagues rallying around her? https://t.co/hM48dsdl6R

Tracking that aspect of the drama could be as informative as anything we’ve seen throughout this whole thing. 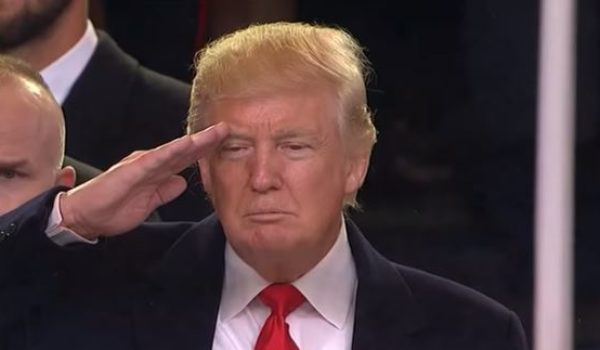 Left pounces on Trump for not knowing the words to ‘God Bless America’
Next Post
Actor John Cusack calls for coup against president, says he must be ‘eradicated by any means’ 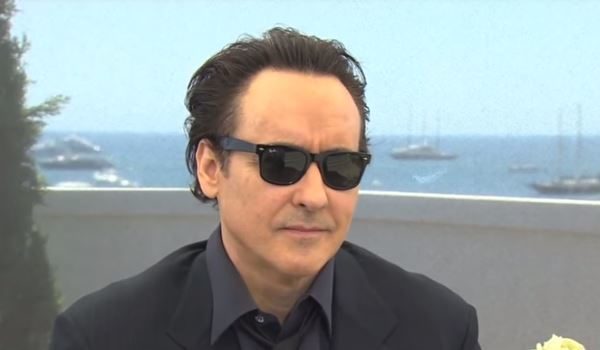