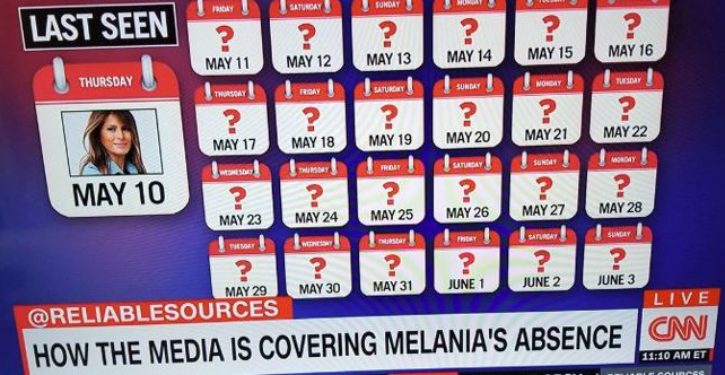 I call no-fairs! CNN’s Brian Stelter stayed up late with his crayons making that nifty calendar that appeared on-screen during his network’s ongoing coverage of Melania Trump’s mysterious disappearance after undergoing kidney surgery.

On this past Sunday’s edition of “Reliable Sources,” Stelter hosted a panel discussion on the subject, which he tried to frame as an examination of how other media outlets where covering the conspiracy theories that had begun swirling around the missing first lady, among them that the president had done away with her. But in the end, CNN was right down there in the mud with every other mainstream outlet, not just speculating on Mrs. Trump’s vanishing act but almost hoping that some evil had befallen her.

Yesterday, the least trustworthy name in news continued to milk the “where’s Melania?” story, this time under the guise of simply reporting her plans. The article by reporter Kate Bennett begins factually enough:

But then four paragraphs later, we get this:

Much speculation has surrounded the lengthy, 24-day lack of first lady sightings, spawning conspiracy theories ranging from plastic surgery to a stealth move back to New York City, all of which Grisham has denied.

The first lady herself weighed in on the rumors, tweeting Wednesday, “I see the media is working overtime speculating where I am & what I’m doing. Rest assured, I’m here at the @WhiteHouse w my family, feeling great, & working hard on behalf of children & the American people!”

The article emphasizes that the reception is closed to the press, but Bennett seems to have overlooked the fact that some in attendance might have cell phones. One who was recorded the following video:

First public appearance by @FLOTUS in just under a month at the Gold Star Families reception to ihht. Good to see her doing well. pic.twitter.com/p6pCB4UPbi

So is this sufficient to put rumors to rest? Surely you jest. As CNN will affirm shortly, that’s a body double. 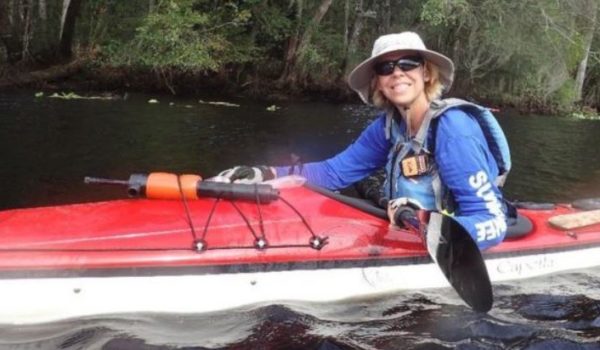