Not that we should look for consistency from folks who couldn’t research even one president back, as our Ben Bowles did, to correct themselves on whether presidents “tease” good jobs reports to the media.

The economy is booming, unemployment is at 3.8%, and black unemployment is at an all-time low (since records began) of 5.9%.  By the end of April, the number of Americans on unemployment benefits had also fallen to the lowest level since we started tracking that figure in 1973.  What’s not to be excited about?

Rep. Pelosi can always find something. If she’s not vowing to “revisit” tax cuts (which she calls the “GOP tax scam”), should Democrats retake the House in November, she’s focusing on whether the president acknowledges the “spark of divinity” in MS-13 gang criminals, instead of focusing on how to keep them from beating our children to death or slicing them up with machetes and cutting their hearts out.

In the case of the jobs report, Pelosi dismissed it as unimportant.  Not just unimportant, but somehow evidence that it’s kind of a slap in the face to Americans.  Or something.  You figure it out:

“May’s jobs report shows that strong employment numbers mean little to the families hit with soaring new costs under the Republicans’ watch,” the House Minority Leader said in a statement.

Republicans’ cruel, cynical health care sabotage campaign is already spiking families’ premiums by double digits and pushing millions off their coverage, according to the nonpartisan CBO.  Big Pharma continues to hoard the benefits of the GOP tax scam, using their handouts to further enrich executives and shareholders instead of lowering prescription drug costs for seniors and sick kids.  At the same time, the President’s reckless policies are exploding gas prices, wiping out the few meager gains that some families should have received from the GOP tax scam, as wages remain stagnant.

Americans are usually pretty hard to fool about what’s going on with their own jobs and expenses, of course.  And it’s not clear that anyone is still listening to the House minority leader anyway.

But there was a time when she wasn’t so sour-faced about jobs reports.  In fact, a look back at this exact point in Obama’s tenure in office shows us a Nancy Pelosi with a notable enthusiasm for jobs.

It was the first week in June 2010 — a year and five months into Obama’s first term — and the latest jobs report was a good one.  That never stopped Pelosi from complaining about the economic toll Republican policies were taking on the people, but she did at least get excited about the jobs aspect of things.

Last month, the unemployment rate fell and private sector jobs expanded; we have added jobs in six of the last seven months. This year, we have added an average of 200,000 jobs per month, a majority in the private sector, a stark contrast to the Bush Administration record of losing an average of nearly 750,000 jobs per month in its last three months.

Sadly, PolitiFact did find that Pelosi was cherry-picking her job numbers to make Bush’s look the worst they could, and Obama’s look the best. (This was also before the Obamacare law had started affecting job formation, which didn’t kick in with full force for another couple of years.)

Maybe, when you think about it, Pelosi isn’t really inconsistent at all. 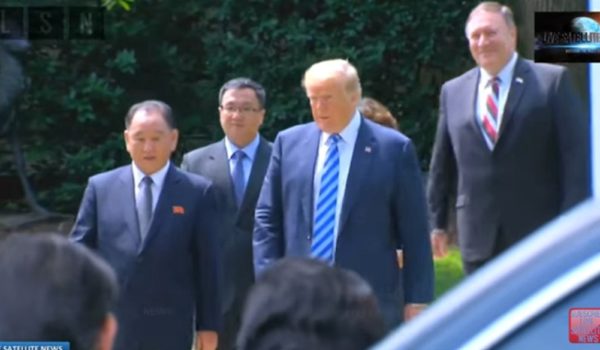 Something was missing from Trump’s meeting with Korean leaders. See if you can spot it
Next Post
Following the money in Spygate’s London connection: A small but crucial piece of the puzzle 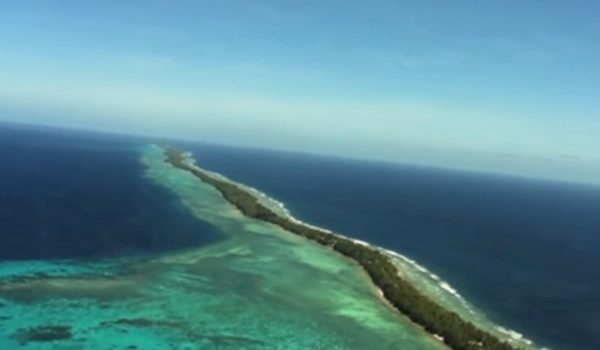