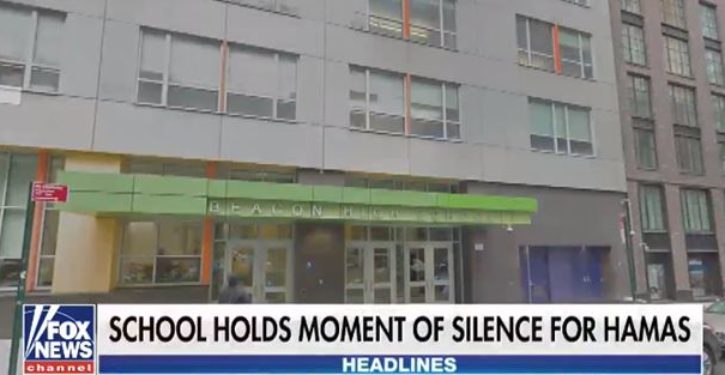 “In the last round of confrontations 62 people were martyred, 50 of them were Hamas.” That is what Salah al-Bardawil, one of the Islamist group’s leaders, told Palestinian Radio last Wednesday, following protests over the relocation of the U.S. embassy in Israel to Jerusalem. Another senior Hamas official, Mahmoud Al-Zahhar, went on to clarify that the Gaza protest was “not peaceful resistance” but was rather “supported by our weapons.”

The updates made monkeys of media outlets and Democratic Congress members who had earlier assailed Israel for merely defending itself against the unruly mob. Ditto for the administration of New York City’s Beacon High School, which the previous day had held a moment of silence for “the victims of violence in Gaza.”

The New York Post spoke with parents of students enrolled in the exclusive school. One father, who is Jewish said, “I am extremely upset because I did not send my child to a New York City public school to pray for Hamas operatives.” Another Jewish parent told reporters, “I just don’t think any school should be promoting a moment of silence for terrorists. What if it was Islamic terrorists in ISIS?”

Principal Ruth Lacey, who co-founded the progressive school in 1993 with then-fellow teacher Steve Stoll, would not return the Post’s request for comment, but previous actions by the school provide a clue to what she might have said. In November 2016, for example, teachers allowed students to skip classes so they could participate in anti-Trump protests.