Donald Trump Jr. met with an official from Saudi Arabia during the presidential election to discuss ways to help tilt the outcome in President Donald Trump’s favor, The New York Times reported Saturday.

Erik Prince, a private security contractor and former head of Blackwater USA, arranged a meeting in August 2016 between Trump Jr. and the emissary to the crown princes of Saudi Arabia and the United Arab Emirates, noted the report, which relied heavily on unnamed sources and innuendo. An Israeli specialist in social media manipulation named Joel Zamel was also present at the meeting.

The emissary, George Nader, told Trump Jr. that the crown princes were eager to help his father win the election. TheNYT suggested the meetings are the first indication that there were countries other than Russia intent on moving the dial on interfering in the U.S. presidential election. Special Counsel Robert Mueller is focusing on the interactions between Zamel, Nader and Trump Jr.

Zamel, for his part, championed during the meeting his company’s ability to give an edge to a political campaign. His firm fashioned a multi-million dollar proposal for a social media manipulation effort to help put a thumb on the balance of the election, two anonymous sources told TheNYT. There is no evidence the plan ever materialized.

Zamel denies taking part in an effort to conspire with Trump’s team, and Nader’s lawyer said the emissary is fully cooperating with Mueller’s investigation.

“Neither Joel Zamel, nor any of his related entities, had any involvement whatsoever in the U.S. election campaign,” Marc Mukasey, Zamel’s lawyer, told TheNYT, noting also that his client was never involved in helping Trump defeat former Secretary of State Hillary Clinton.

“The D.O.J. clarified from Day 1 that Joel and his companies have never been a target of the investigation,” Mukasey added. “My client provided full cooperation to the government to assist with their investigation.” Trump Jr.’s lawyer, Alan Futerfas, meanwhile acknowledged the meeting but said the president’s son never accepted Zamel’s offer.

“Prior to the 2016 election, Donald Trump Jr. recalls a meeting with Erik Prince, George Nader and another individual who may be Joel Zamel,” Futerfas said in a press statement. “They pitched Mr. Trump Jr. on a social media platform or marketing strategy. He was not interested and that was the end of it.”

Saudi Arabian officials, meanwhile, deny dispatching Nader to speak with the president’s son on behalf of the crown princes. TheNYT’s report also noted Saudi Arabia and the UAE had a long-standing disdain for former President Barack Obama’s nuclear agreement with Iran, as well as the former president’s stoking revolutionary zeal during the Arab Spring in 2010.

Prince has been the subject of similar meetings in the past. Mueller found evidence a secret 2017 meeting Prince helped orchestrate in Seychelles was designed to create a back channel for Trump’s administration to talk to the Kremlin, according to a Washington Post report in March.

A witness, who has been cooperating with Mueller, told investigators the meeting was set up before the inauguration so someone from Trump’s transition team could meet with a Moscow emissary, WaPo’s report noted, which relies solely on unnamed sources.

Prince met with a Russian official close to Russian President Vladimir Putin in January 2017 to set up a channel so the Trump administration could discuss future relations between the two countries, WaPo noted. The meeting was a chance encounter, not a planned discussion, Prince later explained to congressional investigators.

The January 2017 meeting with Kirill Dmitriev, the head of a Russian government-controlled wealth fund, was an unimportant encounter that happened while he was meeting with officials from the UAE, Prince said to legislators. The UAE officials suggested he visit the hotel bar and meet Dmitriev, Prince told the House Permanent Select Committee on Intelligence in 2017. 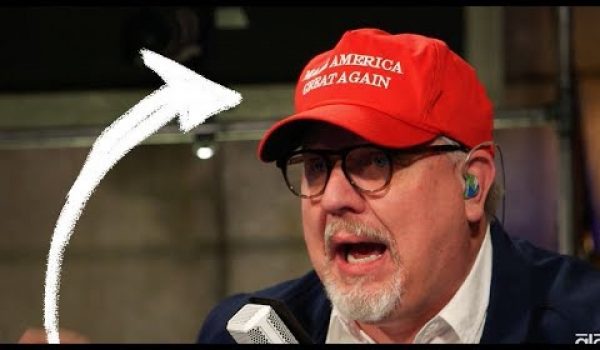