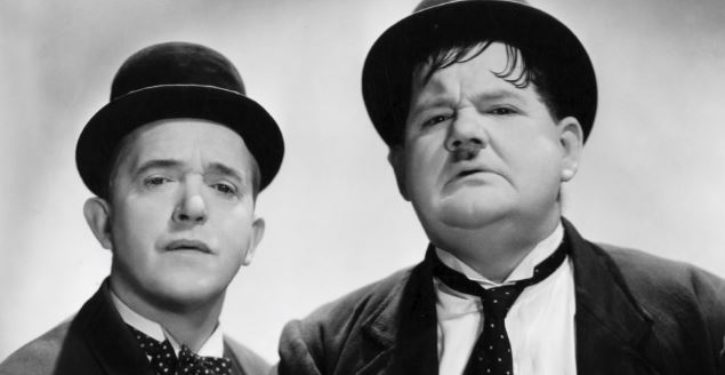 The comedy duo of Laurel and Yanny

By now, everyone on planet Earth has heard the audio clip of a voice repeating a name over and over. Some people swear they heard Yanny, while others are equally adamant that the repeated name is Laurel.

Which name you hear depends on whether your ear is more attuned to low pitches (in which case you will hear Laruel) or high (Yanny).

Some of you may be familiar with a similar phenomenon that occurred some years ago in the game “Mario 64.” Some players heard the intended line at the beginning of rounds — Mario saying “Let’s-a go!” — while others heard “Knit pickle.”

We decided to turn the Laurel and Yanny debate over to a higher authority. Watch, listen, and learn.