Whoopi Goldberg apparently doesn’t like Gina Haspel, Donald Trump’s pick to head up the CIA, and suggested earlier in the week that President Trump and former Vice President Dick Cheney might consider undergoing waterboarding themselves — you know, just to see what it’s like.

“I would like you to try it,” Goldberg said. “I think people who have actually been tortured who are saying that this is not a good thing — you should listen to them because you have never been tortured, and neither has Dick Cheney.”

Here’s video of her statement:

But Dr. James Mitchell, a former CIA interrogator, countered with a suggestion of his own:

The next time there’s credible intelligence of another catastrophic attack … she can go to some unsafe place in the world and interrogate the terrorists and I’ll stay back home.

Whoopi Goldberg says Trump should ‘try’ waterboarding. Dr. James Mitchell retorts, “The next time there’s credible intelligence of another catastrophic attack…she can go to some unsafe place in the world and interrogate the terrorists and I’ll stay back home.” pic.twitter.com/qhycv8GBVa

Something tells us she wouldn’t even attempt it.

Reaction on the Twittersphere was, well, predictable.

Listening to Whoopie is torture enough

I have Whoopi 1st class ticket to Canada cause she wanted to go if Trump won but she changed her mind.She is no SISTER ACT…..

Send her and co-hosts from the View with the exception of McCain, and have them talk like they do on show and bet terrorist give up intel within a couple of hours.

Heh. That would be interesting to see.

One person noted that Dr. Mitchell volunteered to be waterboarded and suggested Goldberg read his book:

By the way @WhoopiGoldberg you might ACTUALLY read Dr. James Mitchell’s book. He volunteered to be waterboarded before he participated in waterboarding al Qaeda detainees; EITs worked and the #CIA saved lives. https://t.co/NI5WMB6N7v 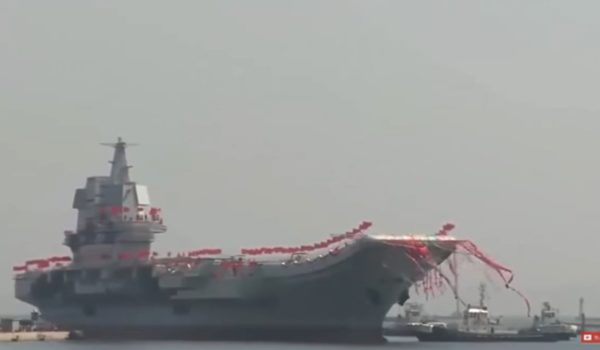