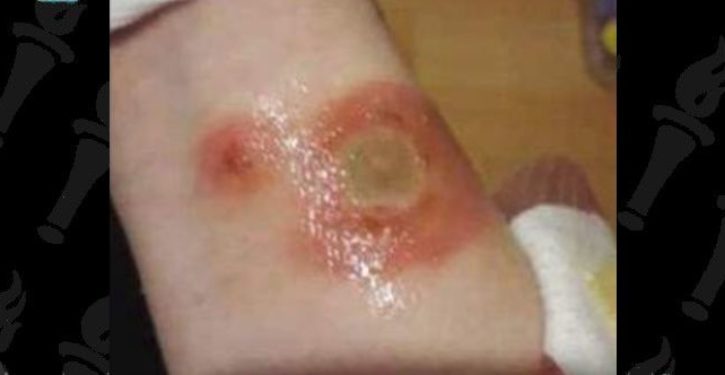 The name makes it sound as though it’s a promotion by a manufacturer of antiperspirants. In fact, it’s the latest opportunity for young people everywhere to inflict bodily harm on themselves, following in the footsteps of Tide Pod eating, condom snorting, and getting high on bug spray.

The “deodorant challenge” entails spraying deodorant on someone’s forearm (including your own) until it raises a blister. First person to require medical treatment is the winner(?).

The challenge, which began in the UK, was first brought to light by Jamie Prescott, whose 10-year-old daughter, Ellie, injured herself so severely by taking the challenge as to require several visits to the hospital. The girl may yet require a skin graft.

Thrill seeking among youngsters is nothing new. In 2014 I reported on “coffee smoking” — wrapping ground coffee beans in cigarette papers and lighting up — which reportedly delivered a caffeine high not obtainable through other methods of absorption.

Like other trends, this one came with a price. Coffee smokers reported trouble breathing, dizziness, vomiting, and even hallucinations.

Some times, the risks of such stunts are deadly. In 2013, the “train challenge,” which entailed leaping from one subway platform to another, playing “chicken” with oncoming trains, and “surf” on moving trains, was popular among New York City males in their teens and twenties. A number of fatalities occurred, but the risk-takers just kept coming.