No doubt they will be accused of cultural appropriation and much worse before the day is out.

Citizens of several Illinois counties are mad as hell over by proposals from the Left to end the manufacture of semi-automatic weapons and the like, and they are not going to take it anymore.

To make their position as explicit as possible, they have co-opted a sacred liberal buzzword, sanctuary.

According to the Associated Press (via Washington Times):

At least five counties recently passed resolutions declaring themselves sanctuary counties for gun owners — a reference to so-called sanctuary cities such as Chicago that don’t cooperate with aspects of federal immigration enforcement.

The resolutions are meant to put the Democratic-controlled Legislature on notice that if it passes a host of gun bills, including new age restrictions for certain weapons, a bump stock ban and size limit for gun magazines, the counties might bar their employees from enforcing the new laws.

County officials fear their state legislators won’t be able to stop the passage of the gun restrictions because they are outnumbered by lawmakers from in and around Chicago, where the vast majority of the more than 650 homicides last year involved guns.

All of the counties making this stand are in rural parts of the state and likely include hunters. Although the move will be viewed by the Left as divisive, which it undeniably is, and an effort to diminish the term sanctuary, the arguments for greater control ring hollow in the state whose largest city has some of the most stringent gun control measures in the county. In 2017, there 18 times as many homicides in Chicago, the vast majority involving guns, as there were U.S. military combat deaths. 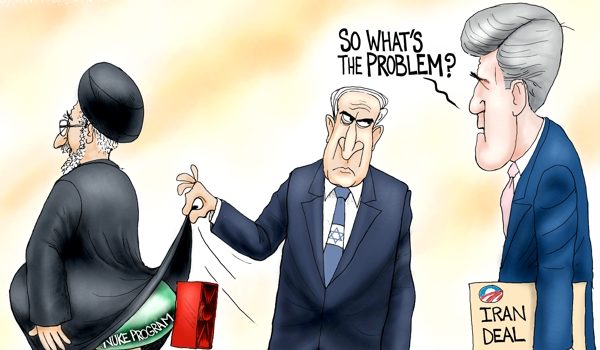 Cartoon of the Day: Death to Iran (deal)
Next Post
Tweet of the Day: Is David Hogg now a eugenicist?